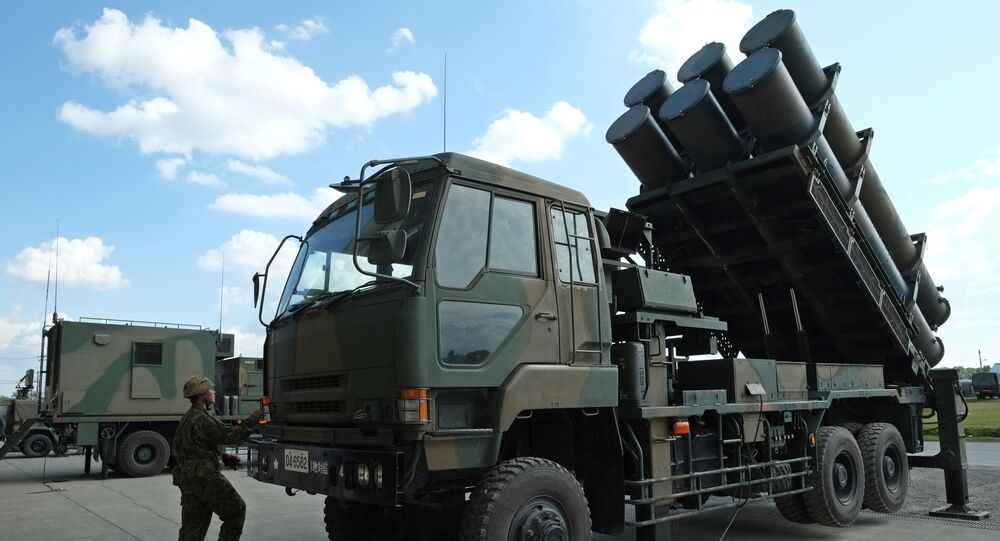 The Japanese government has been in talks to place surface-to-ship missile batteries on Okinawa’s mainland in response to Beijing’s growing maritime assertiveness, the Kyodo news agency reported Tuesday.

Tokyo has been sprinkling missile emplacements along the Ryukyu island chain. At the end of December, Sputnik reported that Tokyo had started building a military base with anti-aircraft and anti-ship assets on the island of Ishigaki, about 200 miles east of the Chinese mainland. Kyodo also reports that Miyako Island, less than 300 miles from the Chinese coast, is also getting new anti-ship missile units.

In conjunction with the new Miyako missile sites, Tokyo believes it will have coverage of the entire maritime area between Okinawa and Miyako by placing missiles on Okinawa's main island. Nominally, the islands are about 290 kilometers apart.

Since 2008 Chinese ships have traversed the area between Miyako and Okinawa, a practice that though not technically illegal, puts Tokyo on "high alert" when it happens, Kyodo noted.

Sources told Kyodo that the Miyako and Okinawa missile bases may be part of the guidelines established in December when the new budget was being crafted. The missile units will consist of Japan's Ground Self-Defense Forces' Type-12 surface-to-ship missiles.