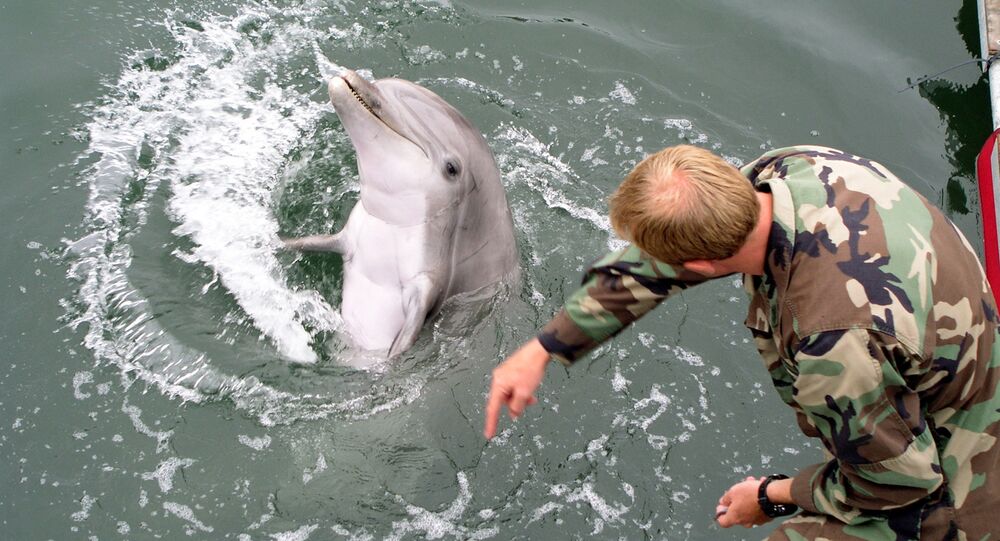 Pentagon to Use Marine Animals to Track Its Enemies

The US military has been using marine mammals since the second half of the 20th century and is now trying to broaden the program by including other marine lifeforms in order to establish a tracking network with minimal interference to natural processes.

The recently proposed PALS (Persistent Aquatic Living Sensors) program, developed by the Defense Advanced Research Projects Agency (DARPA) and to be reviewed by the US Department of Defense, is aimed at using sensory abilities of sea and ocean dwellers to track the movements of underwater vessels.

READ MORE: US May Be Secretly Funding Resurrection of Ukrainian Combat Dolphin Program

"The PALS program aims to leverage the biological maritime ecosystem across a wide array of marine environments, particularly in the shallow-coastal and littoral regions, to find M/UUV [Manned/Unmanned Underwater Vessels] targets," the program's description reads.

Instead of altering the organisms for their purpose, DARPA is going to study how they react when they encounter man-made vessels. Their aim is then to create devices that can record the reactions of these organisms within a certain radius and interpret them. This means that the US will need to deploy such devices to the maritime areas of interest.

The US military has been studying and using marine lifeforms since 1960, when the US Navy Marine Mammal Program (NMMP) was launched. The program resulted in the creation of equipment and training programs that were used to train dolphins and sea lions to locate underwater mines, protect harbors and to assist in object recovery missions.

US Military Intelligence Program Budget Tops Out at $20.7Bln