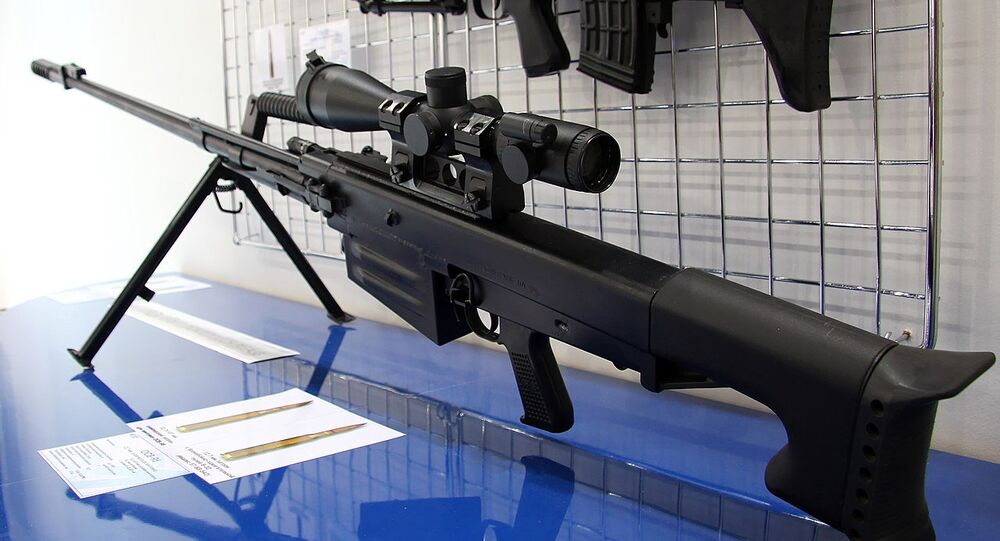 Photos of Russia’s most powerful sniper rifle in the Syrian war have been leaked online.

The 12.7mm semi-automatic OSV-96 sniper rifle, developed by the world-famous renowned Tula armorers, has been used by Syrian Special Ops units since the start of the civil war and has become a go-to weapon due to its great accuracy and reliability.

The OSV-96 was unveiled to the public for the first time in the mid-1990s. Initially dubbed V-94, it was modernized and supplied to Russian Interior Ministry Troops under a new moniker, OSV-96 “Burglar.”

© AP Photo / Alexander Zemlianichenko
Unrivaled Rifle: Russian Sniper Sets World Record for Longest Shot (VIDEO)
It is notable for its ability to fold in half for easier transport.

The Syrian armed forces acquired this high-precision weapon before the civil war broke out in that the country, but it wasn’t until July 2012 that word about the OSV-96 being used in Syria appeared in the media, during gun battles fought in Haffa.

The Russian sniper rifle OSV-96 has become a weapon of choice for Syrian Army commandos.

​It was during street battles in the city that the OSV-96 revealed itself to be a great advantage, with its powerful 12.7mm bullet making easy work of walls enemy snipers were hiding behind.

Unprotected targets were taken out at a distance of 1.8 kilometers (1.1 miles).

The ODV-96 is supplied with day and night scopes. Its rate of fire is 10 rounds per minute. Cartridge capacity – 5 rounds. Weight (without optical sight) – 11.7 kilograms.