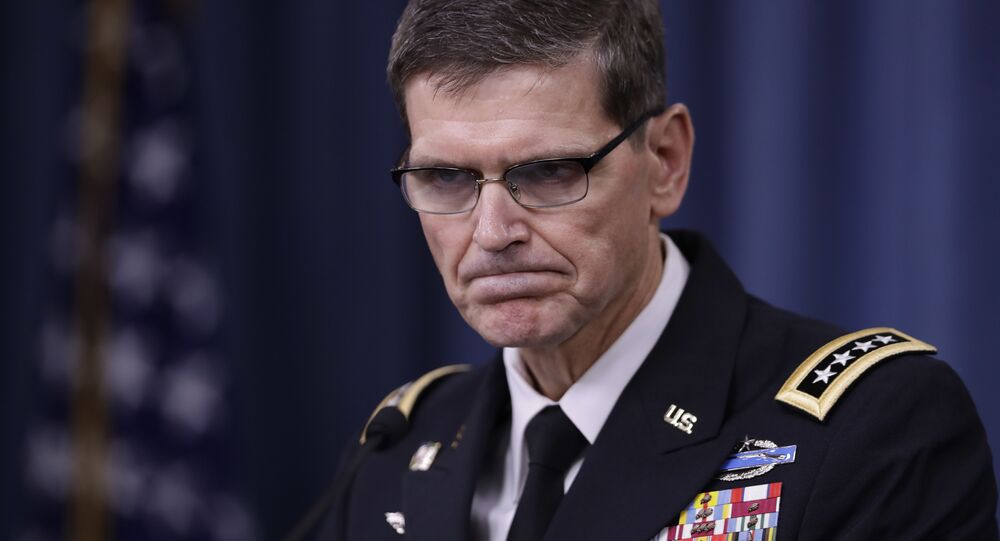 US General: 'Russia Threatens Our Ability to Dominate Airspace' in Middle East

In his statement to the US House Armed Services Committee, General Joseph Votel elaborated on key military challenges to the US in the Middle East.

The statement, entitled "Terrorism and Iran: Defense Challenges in the Middle East," by General Votel covers not only Iran, but also Russia's impact on US operations. Specifically, the US general claims that the growing number of Russian surface-to-air missile systems in the region threatens their "ability to dominate the airspace." According to him, Russia is allegedly using the conflict in Syria to test new weapons and tactics "with little regard for collateral damage or civilian casualties."

The general fails to mention Russia's contribution to defeating the Daesh (banned in Russia) and its diplomatic efforts, which have resulted in dialogs between various warring groups in Syria. Votel branded Russia's role as being both an "arsonist and firefighter," claiming that Russia is "fueling the conflict" between Damascus, the YPG and Turkey, while also seeking to serve as a mediator in their negotiations. However, the US general didn't elaborate on what Russia's motives for doing so would be.

Votel went on to note the significant influence Russia has on states in Central Asia, which can possibly limit US military capabilities in Afghanistan, as their operations depend on logistical support from those countries.