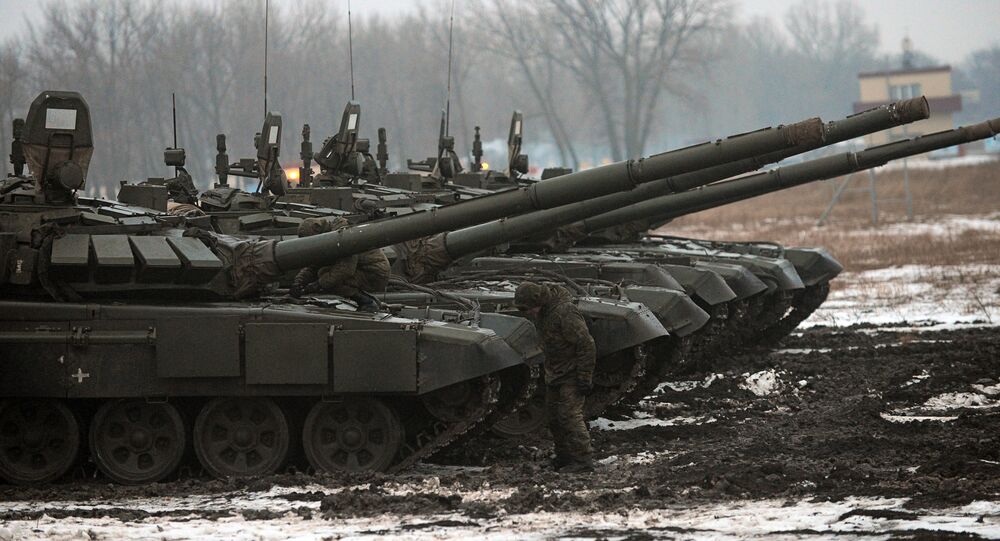 An all new tactic was rehearsed during military drills at Pogonovo proving grounds near the Russian city of Voronezh, in which battalion and division commanders of the Western Military district took part.

"The special feature of this military exercise was a unique method of hitting targets at distances of up to 12 kilometers," said Timur Trubienko, army vice commander.

The new tactics involve tanks posing as artillery and shooting from behind cover. Usually, tanks shoot only within their range of sight — but this time, they received intel from Orlan drones.

Immediately after firing, the tanks leave their position in order to avoid enemy fire. As soon as the enemy fires in retaliation, Orlan drones pinpoint the enemy's location and transmit it to the tanks and allied artillery.

© Sputnik / Vladimir Fedorenko
Russian Military Developing Long-Range Supersonic Missile-Lobbing Drone
The allied artillery opens fire immediately and the tanks, which posed as artillery earlier, appear out of nowhere to finish what remains of the enemy positions. The interaction between various forces is streamlined and is conducted by bypassing the headquarters, which makes reaction time faster.

The military drills involved more than 200 battalion commanders and more than 100 vehicles.