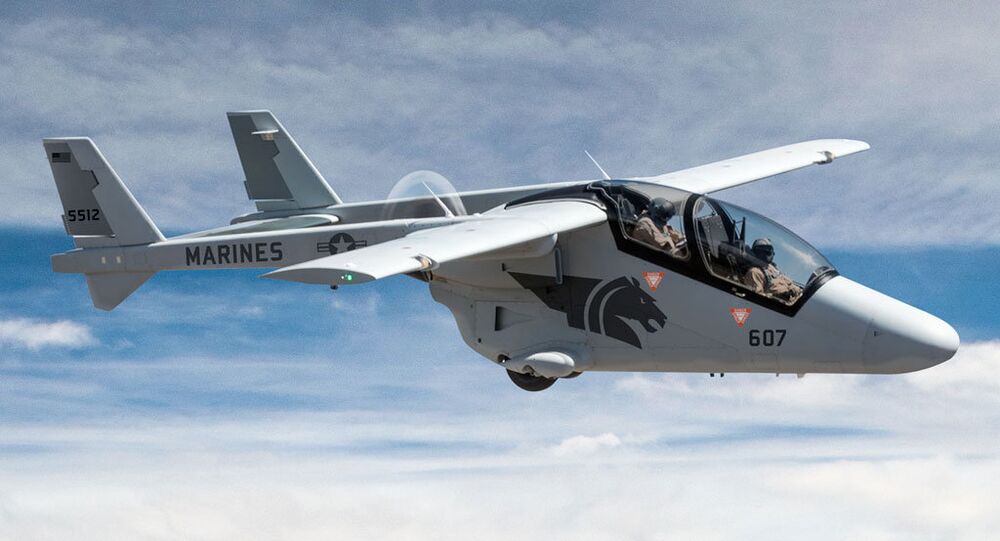 A South African company wants to take a bite out of the US light attack aircraft market by offering its Bronco II to the US military.

"This is not simply an armed variant of a civilian crop-duster of a modified training aircraft," Ivor Ichikowitz, chairman of South-Africa based Paramount Group International, which produces the aircraft, told Flight Global on Wednesday ahead of the Air Force Association's Air Warfare Symposium in Orlando, Florida. "Every inch of this aircraft is designed for purpose — specifically for the kind of asymmetrical warfare that sophisticated military forces are now being asked to conduct," he explained.

The twin-seater aircraft is tailored for slow-speed surveillance and strike missions. Paramount Group is working with Virginia-based company Fulcrum Concepts to offer a US-made Bronco II for the Pentagon.

According to Ichikowitz, negotiations are ongoing with "highly respected and experienced" manufacturers in the US to produce the aircraft. Boeing has a standing partnership with Paramount, but the Chicago-based aerospace and defense manufacturer is not mentioned in Paramount's news release.

The War Zone, a vertical at The Drive, notes that while Wilson said the service plans to buy light attack aircraft "very rapidly" once the next contract goes out, this summer's evaluation period of the A-29 and AT-6 will be the sixth such testing round since 2007 for the current contract.