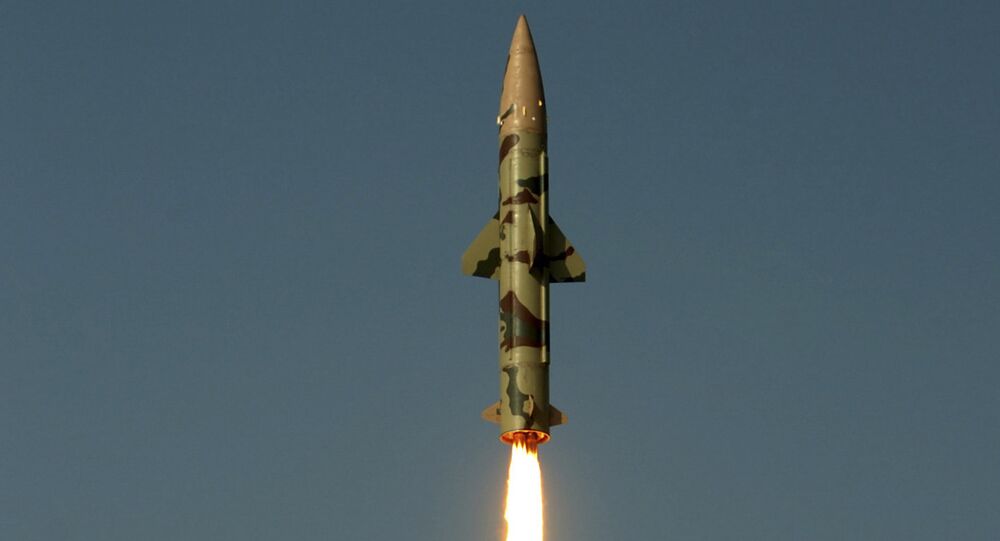 The missile is crucial for a limited war, especially on the western front (the border with Pakistan). The missile is equipped with a domestically-produced guidance system and is capable of carrying warheads of up to 1,000 kg. It was test fired from a mobile launcher at 8:30 p.m. (Indian Standard Time) on Wednesday.

"All preparations are done in the dark so that it will be invisible to enemies. The night trial has larger significance as it can be fired anytime and from anywhere," a defense official told Sputnik.

Constructed under the integrated guided missile development program by the state-owned Defense Research and Development Organization (DRDO), the 350-kilometer range Prithvi-II was inducted into the Indian armed forces in 2003.

All the radars, electro-optical systems located along the coast tracked and monitored all the parameters of the missile throughout its flight path. A naval ship located near the target in the sea witnessed the final event, according to defense sources.

The test comes close on the heels of the trial of another homegrown missile, the Agni-II. The 2,000-kilometer ranged Intermediate Range Ballistic Missile (IRBM) Agni-II was tested from the Abdul Kalam Island on February 6.