Fight Against Terrorism: The Other Side of Russian Intelligence Agencies’ Work

In light of the constant terrorist threat, intelligence agencies around the world are doing everything in their power to be able to respond to the most unexpected acts of terrorists. Russia’s Federal Security Service is no exception. A retired FSB lieutenant colonel shared with Sputnik how the tactics of the special services have changed.

At the end of December, Vladimir Putin said that over the last year, more the 60 terrorist were foiled in Russia, confirming words expressed six month earlier by the Deputy Chief of the Office of the National Antiterrorism Committee (NAC) Alexei Kovalev. He had noted that the number of terrorist attacks in the country had declined tenfold.

Over the last years, the FSB have become much better at working to prevent terrorist activities," former Chief of the Antiterrorist Unit of the Federal Security Service Alexander Gusak told Sputnik. 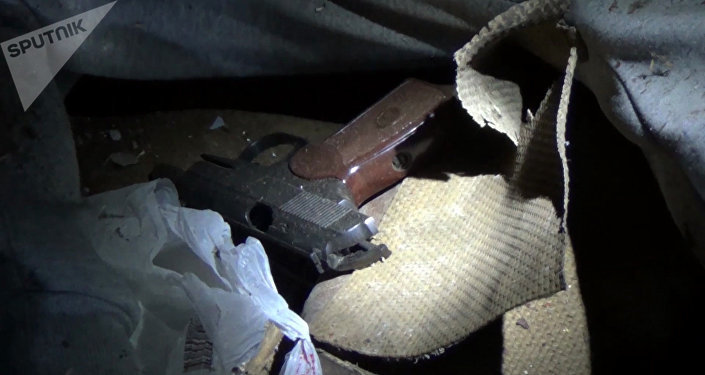 © Photo : Public relations center of Federal Security Service
Russian Special Forces Neutralize Daesh Member Who Plotted Terror Attack on Presidential Election Day
According to him, this result was able to be achieved thanks to the network of agents inherited from the Committee of State Security (KGB), being the pride of the Russian special services. The agents infiltrate illegal groups and "thanks to this, dozens of terrorist acts in Moscow were prevented at the preparatory stage," the lieutenant colonel explained.

In comparison with the 1990s — early 2000s, when terrorist attacks took hundreds of lives, the number of terrorist attacks in Russia has significantly decreased. In his opinion, this tendency is explained by the situation in Chechnya. "The overwhelming majority of the organizers and perpetrators of the bombings professed radical forms of Islam and came from Chechnya," says Alexander Gusak. In addition, the coming to power of Ramzan Kadyrov, who "eliminates any forms of separatism," has borne fruit.

The special role assigned to agents is a relatively new tactic. In the nineties, the goal was to physically destroy the terrorists, explains Gusak, but "but no matter how many of the dragon’s heads one chops off — new ones will grow."

"When there were terrible acts of terrorism in Volgograd [in 2013; it left 18 people dead], I raised the question of why we had no one imbedded in the Black Widows, the organization that masterminded those explosions," he recalls.

© Sputnik / Igor Zarembo
Nine Detained in Russia Over Issuing Documents for Terrorists Supporters - FSB
"Now, as far as I know, a whole network of agents is working with them, and this is yielding results. They began to work so that the terrorists at the earliest stages, at the planning stage, refused to commit a crime… The infiltrated agent does not work for day, not for a week, but rather he carefully pursues his goal for months, to disrupt a potentially dangerous group."

"Some FSB officers embrace Islam, monitor potentially dangerous groups within the Muslim community. And the clergy, of course, work side by side."

Alexander Gusak also notes significant technical progress, which, of course, facilitated the work of the special services, which was able to create an extensive base of suspects. However, he noted, no progress can be compared with human courage.