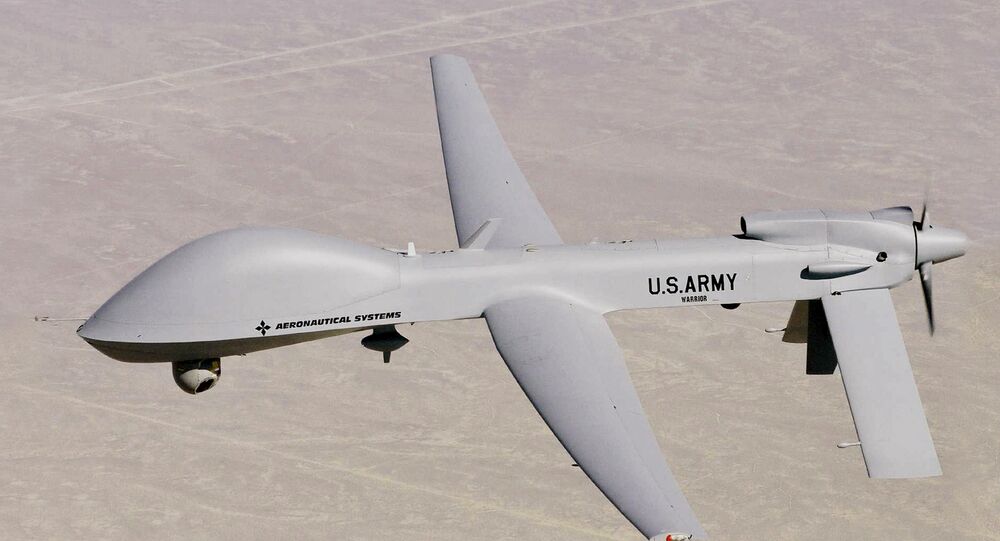 Recent reports by South Korean news media claim that the US will deploy attack drones to the Korean Peninsula in the next few months.

According to the report, a hangar has already been constructed for the Gray Eagle drones. In addition, support facilities and personnel have reportedly already arrived at the US air base at Kunsan on the west coast.

The General Atomics MQ-1C Gray Eagle is an unmanned aircraft system developed by General Atomics Aeronautical Systems for the US Army. The Gray Eagle, which has an 18-yard wingspan, can conduct various missions including attack, reconnaissance, surveillance and infiltration. Its 248-mile range gives it enough reach to cover most of North Korean territory.

This is not the first time that the US has sent attack drones to South Korea. Last March, the US deployed attack drones in response to "provocative actions" by North Korea, although this threat has not deterred the North from conducting nearly a nearly a dozen missile tests since then.

Earlier this week, a US forces spokesperson also announced that military drills between the US and South Korea will begin again once the Paralympic Games in Pyeongchang end in March, military.com reported.