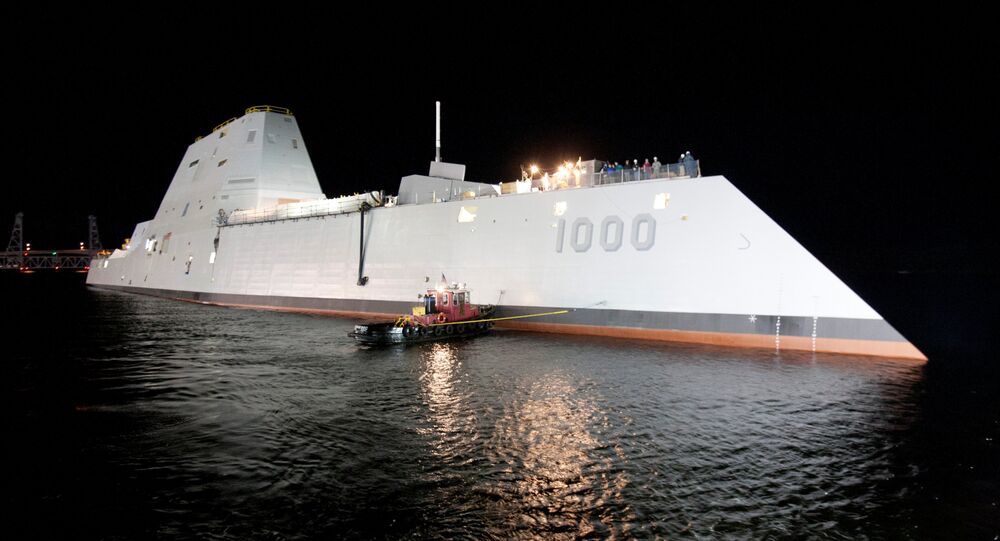 The US Navy has asked Congress to arm the troubled Zumwalt-class destroyers with missiles that give the ship a capability for long-range, offensive attacks against other naval vessels.

The Zumwalt-class notoriously cost the government $22.5 billion to produce just three ships. The service originally planned to build 32 ships before lowering the order total to 24, seven, and eventually three as program costs ballooned. The massive per-unit cost increases eventually triggered a violation of the Nunn-McCurdy Amendment, which forces increased scrutiny of weapons procurement programs that run over budget, leading to the cancellation of future production.

Instead of being fitted for land attack missions, the existing Zumwalt ships are going to be transformed to focus on killing other ships, with land attacks taking secondary role.

"After a comprehensive review of Zumwalt-class requirements, Navy decided in November 2017 to refocus the primary mission of the Zumwalt-class destroyers from land attack to offensive surface strike," the US Navy said in its 2019 budget request. "The funding requested in [fiscal year 2019] will facilitate this change in mission and add lethal, offensive fires against targets afloat and ashore," the budget documents state.

Speaking before the House Armed Services Committee on Wednesday, US Navy Admiral Harry Harris said "increased lethality" was needed on all of the services aircraft and vessels, emphasizing that "longer range offensive weapons on every platform are an imperative."