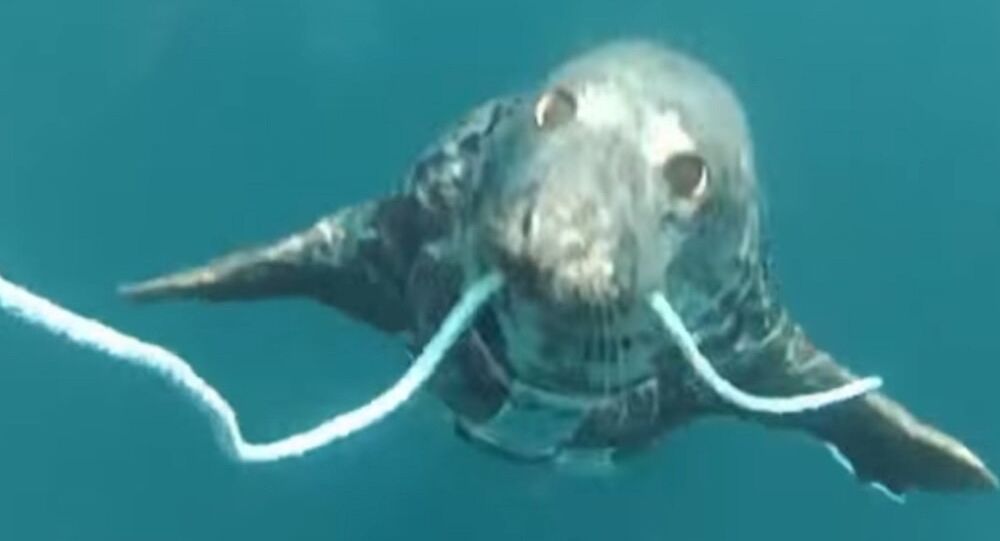 Trainers from the Murmansk Marine Biological Institute in northern Russia are teaching seals to carry out military tasks.

The pinnipeds are being taught to neutralize sea mines, inspect pipelines with cameras mounted on their backs, rescue people, detect alien objects in territories they're guarding, and help people with underwater work, among other tasks.

The institute has over three decades' worth of experience working with seals, with training taking about a year and a half. The seals can then serve for 15, 20 or even 30 years.

The Murmansk Marine Biological Institute is unique in the world. In 1984, thanks to the efforts of Academician Gennady Matishov, a department was established at the institute to oversee the semi-secret training of combat marine mammals, approved by Soviet Navy command to protect the Northern Fleet.

© AP Photo / Dmitry Lovetsky
Behemoths of the Seas: Why Russia is Retiring Its Akula Strategic Nuclear Subs
According to trainers, seals are perfectly suitable for both military and civilian tasks, given that they are able to survive on land, allowing them to be transported into a sea area by aircraft, ship or motor vehicle.

The seal training program was just one component of the Cold War-era training program of so-called biotechnical systems. In addition to seals, Soviet and Russian researchers have also experimented with sea lions, dolphins, and even beluga whales.