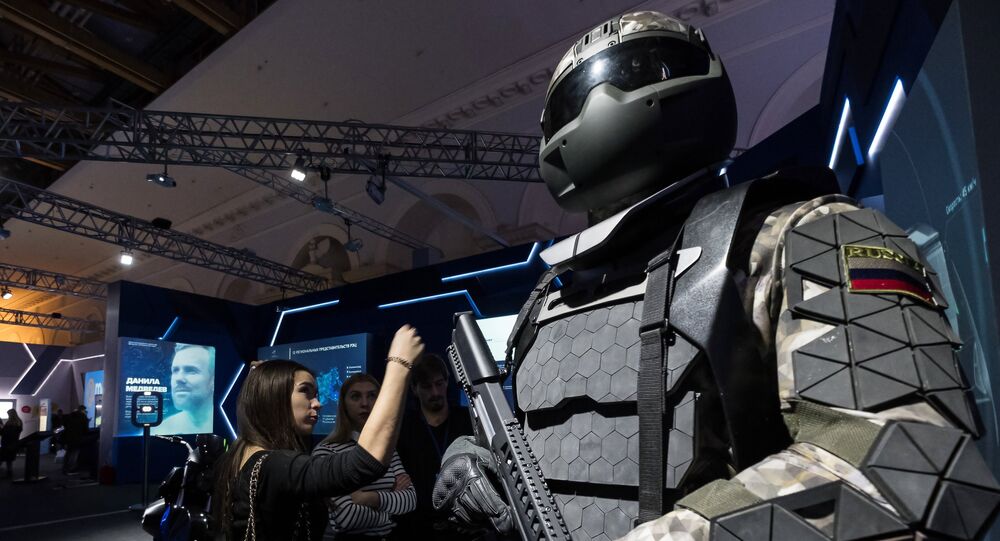 Fresh info on Russia's Future Soldier project was revealed this week, including a rendered image of what the soldier's gear could look like. Responding to commentary that the prototype looks awfully similar to the soldier from the box art of the Ghost Recon: Future Soldier videogame, Rostec Corporation explained why this was only natural.

The new details on the futuristic equipment, developed by Rostec's Izmash and Tsyklon research institutes in collaboration with French company Sagem, included an image of a soldier equipped with the combat system, together with a description of his weaponry, armor, helmet, electronics, and other components.

But after digging up an image of the cover art from the 2012 tactical shooter Tom Clancy's Ghost Recon: Future Soldier, some social media users soon rushed to accuse Rostec of 'plagiarism'.

"Russia's future soldier turns out to have been plagiarized."

Several US news outlets soon joined in with the accusations, with Newsweek claiming that the Russian soldier "holds a similar gun, sports a similar belt of flash-bang and smoke grenades around his waist, [and] wears the same vest," with "several elements including the folds of one arm's sleeve" also being "uncannily alike."

© Sputnik / Natalia Seliverstova
Russia's Future Soldier Looks Like Something Straight Out of Ghost Recon
In response, Rostec explained why claims of 'plagiarism' against their design were absurd.

"Simply put, the images of future soldier which we now see in fiction are the ideal toward which absolutely everyone [involved in the development of future soldier designs] is heading, and which in the long term will be embodied not in 3D-graphics, but in reality," a Rostec rep explained, speaking to the Rossiyskaya Gazeta newspaper.

"The equipment being developed in various countries is designed to solve the same tasks: to protect the soldier well, to augment his capabilities on the battlefield, to allow him to better hear, see and to orient himself," the rep added. "Accordingly, a consistent set of elements of equipment has been formed. These are repeated not only in military developments, but in computer games and science fiction films as well."

Ultimately, Rostec's rep emphasized that while the image published is genuine, it nevertheless remains only a concept, with the real appearance of the equipment remaining classified.

Russia's Future Soldier Looks Like Something Straight Out of Ghost Recon

This is What Russian Soldier of the Future Looks Like