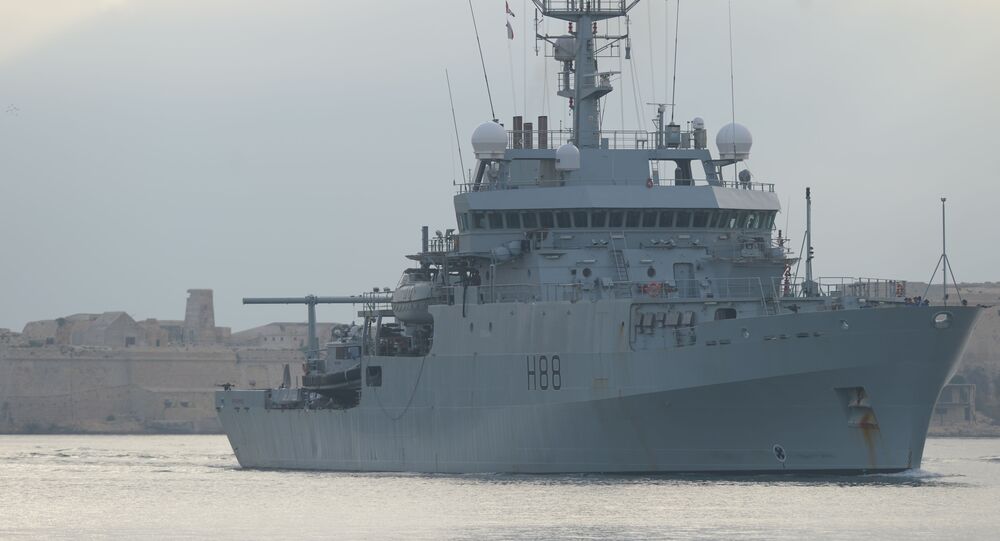 The HMS Enterprise was returning after joint military exercises in the Black Sea, while Russian Kyzyl-60 was returning to Russia after being dispatched to the Syrian port of Tartus.

Earlier a British tabloid the Daily Star reported that the Russian military transport Kyzyl-60 and British survey vessel HMS Enterprise came dangerously close near Bosphorus. The Kyzyl-60 was leaving the Syrian port of Tartus, where a Russian naval logistics center is located, and was heading for Russia. The British vessel was leaving the Black Sea, were it participated in military exercises and patrolled the sea along with two other NATO ships.

A year ago, the Royal Navy Frigate HMS St Albans and RAF Typhoon jets escorted the Russian aircraft carrier Kuznetsov on its way from Syria back to Russia. The Russian Defense Ministry noted that the carrier didn't require any escort and would find a way home on its own.

No Evidence Chinese Aircraft's Near Miss With US Plane Intentional - DoD