Joint naval training between the Royal Saudi Naval Forces (RSNF) and the visiting Pakistani Navy continue in the Persian Gulf, the latest expression of the special relationship between the Kingdom and arguably its closest ally.

The exercises, codenamed Nassem al-Bahr, began on Sunday at the King Abdulaziz Naval Base at Port Al-Jubail along the Persian Gulf. They are meant to last one week and are focused on strengthening bilateral security, counter piracy, water-to-air and water-to-surface warfare, and mine countermeasures. 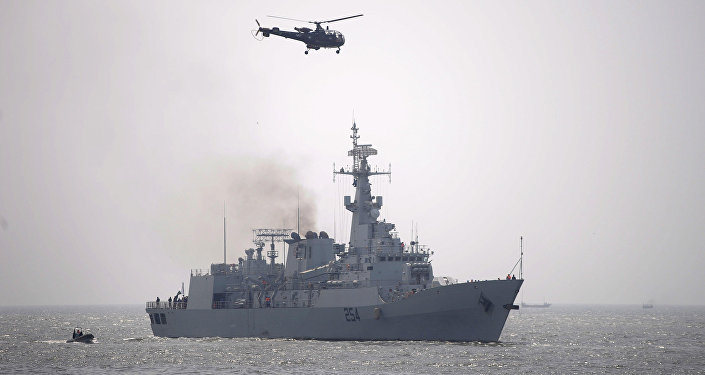 "A number of Saudi and Pakistani naval ships, boats and vertical take-off and landing aircraft are participating in these exercises, in addition to the Royal Saudi Air Force," Al-Harbi noted.

The two countries first conducted Nassem Al-Bahr in 1993 and have held them biennially since then. However, this is the first time that the exercises are being held off Saudi Arabia instead of in Pakistani waters.

Concurrently, Pakistani and Saudi Marines are engaged in their own exercises: Joint Marine Exercise Deraa Al-Sahil. According to a statement from Saudi Brigadier General Sajir bin Raffid al-Enezi, "The exercises in which the Marines and Special Naval Forces participate are a simulation of real military operations, conventional warfare and mine action operations."

"These exercises also include shooting with live ammunition as well as interception, inspection and counter-piracy operations," he added.

A RSNF press release from Monday called the exercises a symbol of trust and confidence between the two Islamic states.

Islamabad and Riyadh have historically maintained an extremely close "special" relationship. Although both nations have denied it, nuclear scholars have accused Saudi Arabia of funding Pakistan's nuclear program. Meanwhile, Pakistan has lent their military expertise to the Kingdom, frequently conducting joint exercises and training with less experienced Saudi troops.