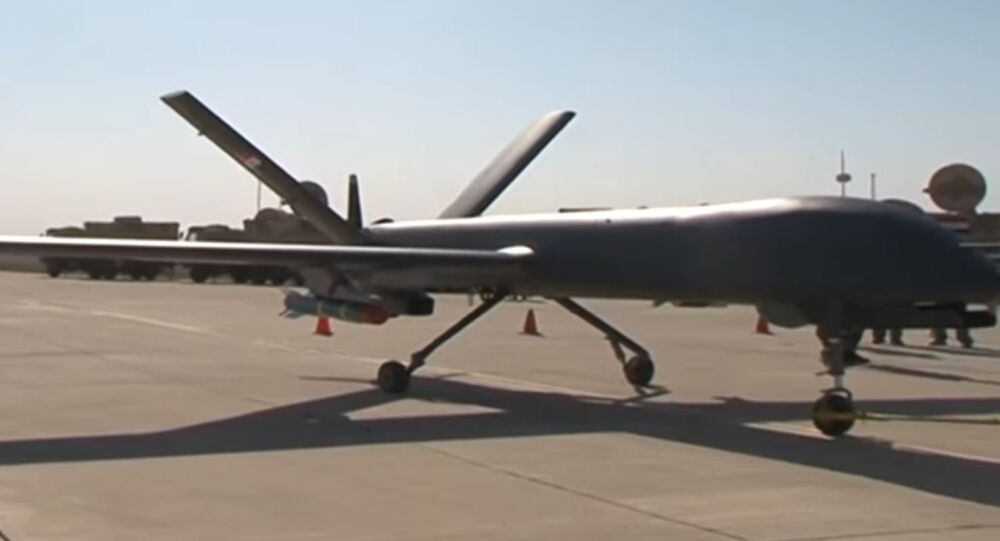 China recently completed a test of a solar-powered drone capable of flying at extremely high altitudes for more than half a day straight. And it can also shoot missiles.

The People's Liberation Army tested a variant of its CH-4 Rainbow drone for six days, the People's Daily reported February 12, conducting live-fire trials in extreme weather conditions. "The capacity and variety of its ordnance indicate the CH-4 can conduct effective air strikes on more targets, from longer distances with faster reactions, which lays the foundation for future models and their aligned payloads," the news outlet adds.

The drone flew for 15 hours 20 kilometers above sea level. While it remained quite far from the Karman Line 100 km above Earth, which represents the bridge between the planet's atmosphere and outer space, the aircraft was well within "near space," a non-technical term referring to regions roughly between 18 and 100 km above ground.

The plane is designed to reach altitudes of 65 km and fly for weeks on end, Popular Science reported last June.

This was the first time the latest variant of CH-4 has fired weapons, according to Xinhua. Developers at China Aerospace Science and Technology Corporation (CASC) involved in the CH-4 project insist the plane has better "basic performance" than the MQ-1 Predator, Xinhua noted.

The plane can shoot 50-kilogram cluster bombs and an assortment of guided missiles, Asia Times noted. Planes that release weapons at such heights are susceptible to unexpected weather events interfering with a weapon's flight pattern and are also vulnerable to enemies who might use electronic jamming methods to throw off their guided munitions. According to Asia Times, developers believe they will be able to overcome these obstacles.

Beijing has been able to produce drones at a much cheaper cost than the US, which has helped the Chinese drone export market, as has the United States' reputation as stingy about selling weaponized drones. China's Wing Loong reconnaissance and strike unmanned planes can be produced for about $5 million versus the roughly $100 million price tag for a US-made unmanned aerial system, IHS Markit analyst Ben Moores recently told Reuters.