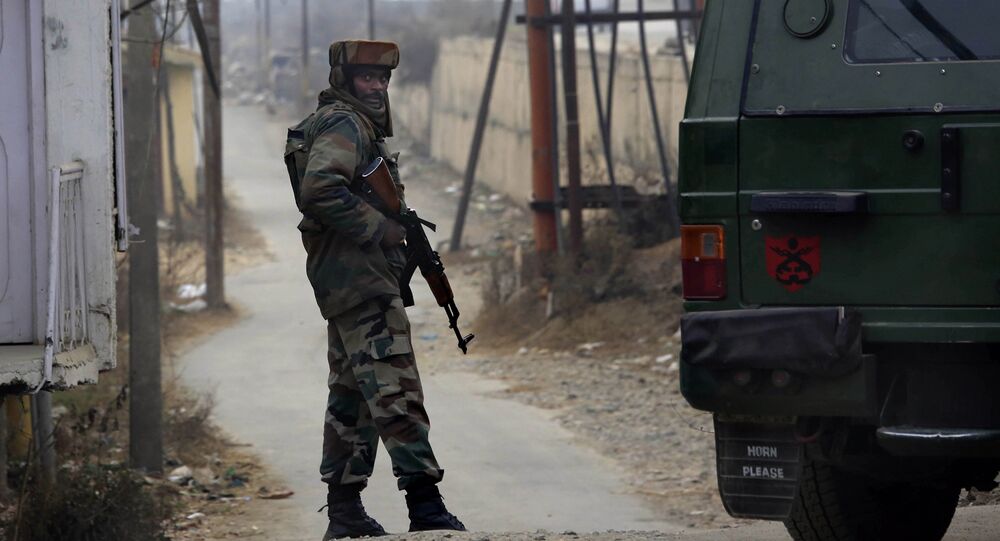 In the wake of two back to back terror strikes at Indian army camps, the country’s defense ministry has decided to shore up the infantry’s weapons stock. The infantry is facing a critical shortage of assault rifles, sniper rifles, and machine guns, crucial for an encounter with terrorists.

New Delhi (Sputnik): The Indian defense ministry on Tuesday approved $440 million worth of purchases, including 17,000 light machine guns (LMGs) and 5,719 sniper rifles for the armed forces. A high-level meeting headed by the country's defense minister Nirmala Sitharaman decided to fast-track the purchases that are to be made from global firms.

India earlier had to cancel a similar procurement plan due to a single vendor situation.

"To equip the soldiers at the border with modern and more effective equipment the defense acquisition council has fast-tracked procurement of the three main personal weapons i.e. rifles, carbines, and light machine guns," the defense ministry said in a statement.

​The Indian Army, which currently requires at least 45,000 LMGs, is particularly interested in 7.62mm x 51mm LMGs capable of achieving an accuracy of over three minutes of angle up to a range of a minimum 800 meters.

The defense ministry has decided to go in for an inter-governmental contract for weapons that are required immediately while the rest of the requirement would be fulfilled under the 'Make in India' initiative that will see an Indian firm partnering with a global counterpart to manufacture the weapons locally.

"This procurement will meet the operational requirement of the troops deployed at the borders. A concurrent proposal is being processed for the balance quantity to be procured under the Buy and Make (Indian) categorization," the defense ministry statement added.