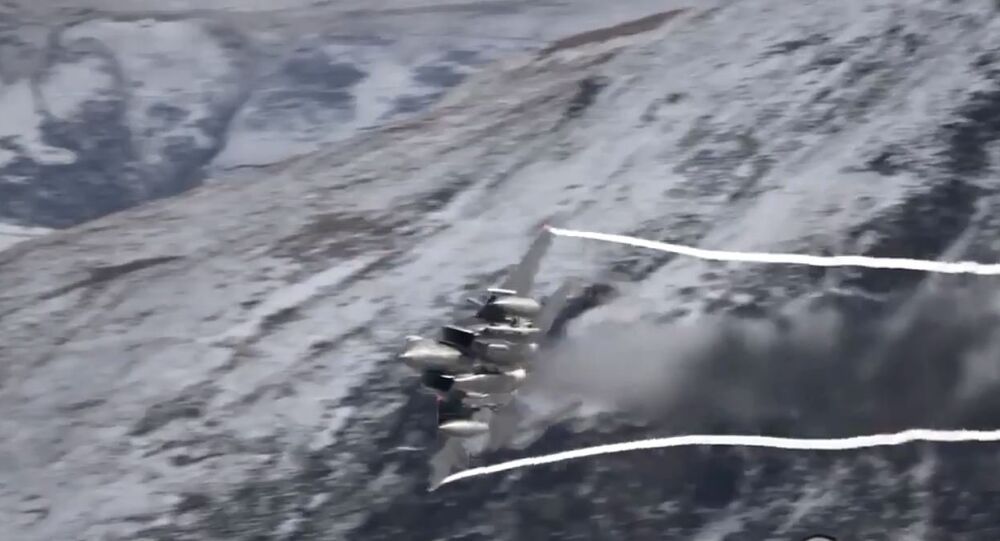 A videographer recently captured footage of F-15 jets flying at eye-level through an 8-mile loop in Wales famous for its valleys, where high-speed fighter aircraft complete training flights at low altitudes.

Mach Loop got its name from the town of Machynlleth, which is sometimes shortened simply to Mach, situated at the southern end of the loop.

​There is only one squadron of US Air Force F-15 aircraft stationed in Europe, Business Insider notes. The USAF's 48th Fighter Wing is stationed at Royal Air Force base Lakenheath in Suffolk, on the eastern shore of England.

The Welsh mountains, part of the Cambrians, are roughly 1,000 meters tall and aircraft fly as low as 250 feet above ground level while conducting training flights.

The photographer who made the video, Elwyn Roberts, caught some pretty stunning footage of a C-130J military transport aircraft making some low passes through Mach Loop in late January as well.