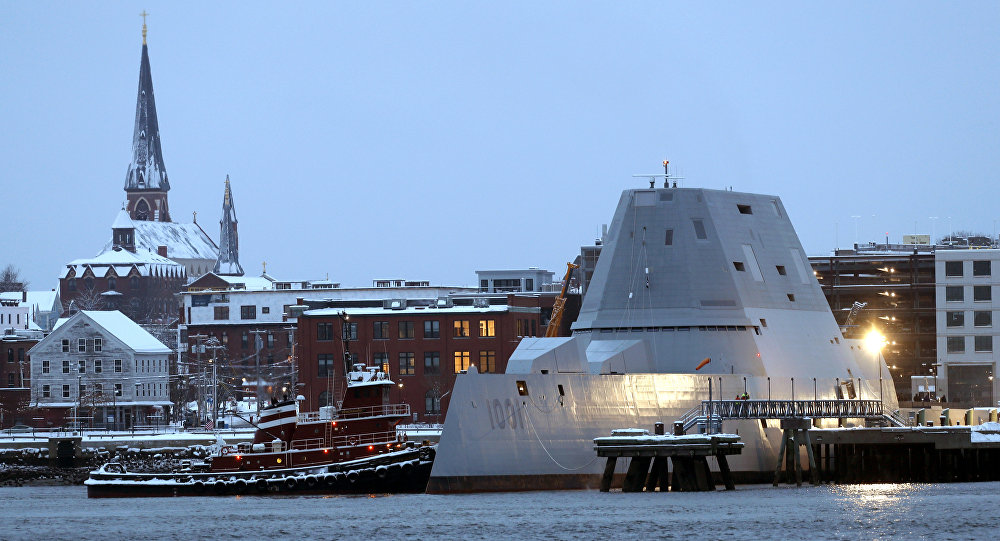 In what many consider to be a nod toward the dictum of ‘peace through superior firepower,’ the US government has approved the largest one-year military budget in its - or anybody else’s - history.

With the adoption of a $700 billion one-year military budget — the largest the Pentagon has yet received and far beyond the military spending of Russia and China combined — the Trump White House has granted itself the ability to add thousands of troops, buy flashy new military hardware including aircraft and combat ships, and an opportunity to step up the weaponization of US democracy around the globe.

US Air Force
Analyst: Pentagon Feels Free to Bomb Whatever It Wants in Syria

Noting that the Pentagon purse is slated to rise again in 2019, to $716 billion, US Defense Secretary James Mattis asserted that the cash is necessary to prepare American soldiers for combat readiness in an increasing number of global hotspots, including Afghanistan, as well as addressing a threat of war with the People's Democratic Republic of Korea (DPRK), according to the Associated Press.

Signed by US President Donald Trump on Friday, the new US military budget bill includes enormous spending increases for the Pentagon, with an additional $94 billion over the 2017 budget, a leap of 15.5 percent.

The spending jump is the largest increase since the 2002 initiation of the War on Terror by US President George W. Bush — from $345 billion that year to $437 billion the next.

But the new cash gusher is not because the US is under attack. It's meant primarily to address what the Pentagon considers to be straightforward logistical challenges, including training increases, more hi-tech missile defense technologies, and the beginning of a complete multi-trillion dollar recreation and redevelopment of what many still hope will be scrapped forever: America's nuclear arsenal.

Since Congress passed the 2011 Budget Control Act limiting military and domestic spending, every subsequent US secretary of defense has warned that ready-to-fight combat troop numbers were becoming too small to defend the country from attack. Military-corporate top officials on Capitol Hill routinely complain that equipment is old, soldiers are not trained in new war-fighting technologies and smaller budgets are putting America's future at risk.

"I cannot overstate the negative impact to our troops and families' morale from all this budget uncertainty," Defense Secretary Mattis asserted hours before the US House and Senate approved the enormous spending outlay, cited by Abc15.com.

Suffering from seventeen years of combat in Afghanistan, Iraq and elsewhere in the fractured Middle East, the US military is offensively deployed beyond America's borders so often that it cannot keep up with the demands of Capitol Hill to use it, and there is no end in sight.

Noting that increasing global Pentagon deployments are feeding the demand for more cash to subsidize the many conflicts, Center for Security and International Studies defense budget specialist Todd Harrison concurred, remarking: "We are stretched too thin."

"We are trying to do too much with the size force that we have all around the world," Harrison noted, adding, "Money doesn't necessarily fix that."

Trump's foreign policy appears to be increasingly offensive, sending more combat missions to Somalia and Yemen while adding several thousand additional troops to the ongoing American war in Afghanistan, and wielding sharp rhetoric that has many fearing a coming ground war with the DPRK, as the White House continues to demand that Pyongyang give up nuclear weapons.

But the eye-watering defense cash cow approved by Washington on Friday goes well beyond the $668 billion 2018 Pentagon budget originally requested by the Trump cabinet, as some $71 billion of the increase is required to prop up expensive wars in Afghanistan and in other parts of the world.

The real beneficiaries in the military spending spree are the big weapons corporations, including Lockheed Martin, Boeing and General Dynamics — publicly-owned multinationals that spend millions of dollars annually in gifts and other forms of largesse to high-ranking members of the US government.

A silver lining within the gigantic US weapons spending bill, however, is a 2.4 percent pay raise for US troops, a small acknowledgement of the people who shoulder the real risk.

But the transfer of such a large percentage of available cash and resources for the sole purpose of buying weapons and making war has many at home and abroad pointing out the absurdity and unsustainability of the spending increases.

"When our nation can't manage to turn the lights on for the people of Puerto Rico, when we can't help those suffering from opioid addiction get treatment, and when we can't ensure education and healthcare to all of our citizens, how is it possible we can justify spending billions more on weapons?" stated Washington DC-based Win Without War advocacy group director Stephen Miles on Wednesday, cited by The Guardian.

The United Nations has recently noted that the extraordinary US weapons budget ignores deep social problems in the country, including extreme poverty and an increasingly poor record on human rights.

But, the UN report observes, "US infant mortality rates in 2013 were the highest in the developed world."

US' Self-Perception as Bastion of Democracy Doesn't Match Reality – Analyst