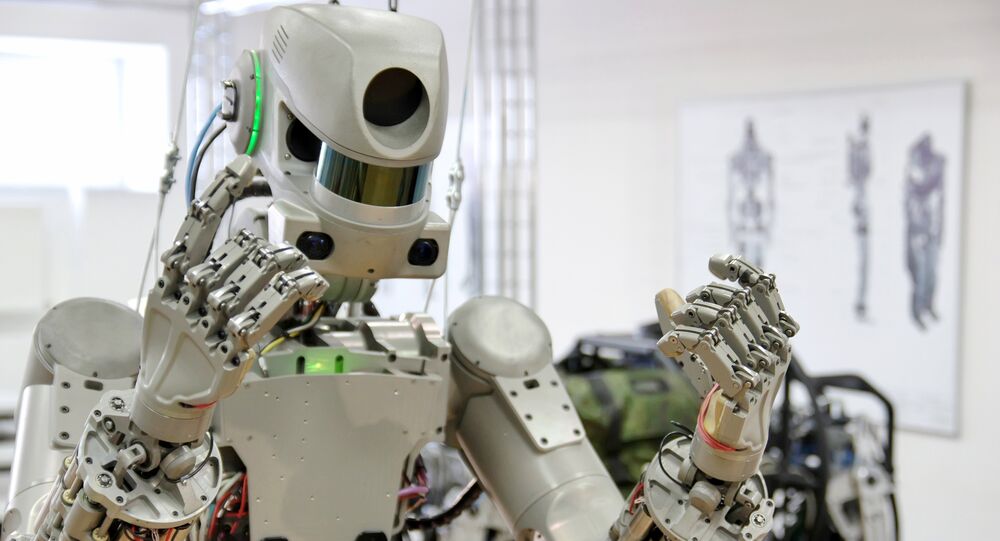 The US Army Reserve conducted counter-mine operations alongside an unmanned M113 armored personnel carrier providing suppressing fire in a practice drill for the first time ever last year, Defense One reports.

"The scenario here was a complex breach in a minefield. You had engineer platoons with infantry support going in and putting in Bangalore torpedoes," which are explosives placed in tubes to clear obstacles or mines, Paul Rogers of the US Army told the news outlet Wednesday.

The M113 fired a.50-caliber machine gun to give the combat engineers cover while they worked. The gun's operator and the person driving the vehicle were not in the armored personnel carrier, but rather in another unit, a 577 armored command vehicle behind the M113. The vehicle can be seen firing briefly from 1:00 to 1:03 in the video.

The drill, Northern Strike, took place last July and August at Camp Grayling in Michigan.
It's not the last time the Army will carry out exercises with remote-controlled ground robots firing guns. In the future, the guns will be bigger and more powerful, Rogers said.

According to Paul Scharre, director of technology and security at the Center for a New American Security, the US Army has been somewhat reluctant about using armed robots. Part of the reason is that the rules of engagement are not as easy for a robot to understand, and policy makers around the world are wary of a shooting robot that goes on a rogue offensive or loses the ability to distinguish friend from foe.

The Russian military has been testing the Nerekhta, Uran-9 and Vikr for years. Each vehicle has various levels of armaments, from large caliber machine guns to AG-30M grenade launchers and anti-tank guided missiles.