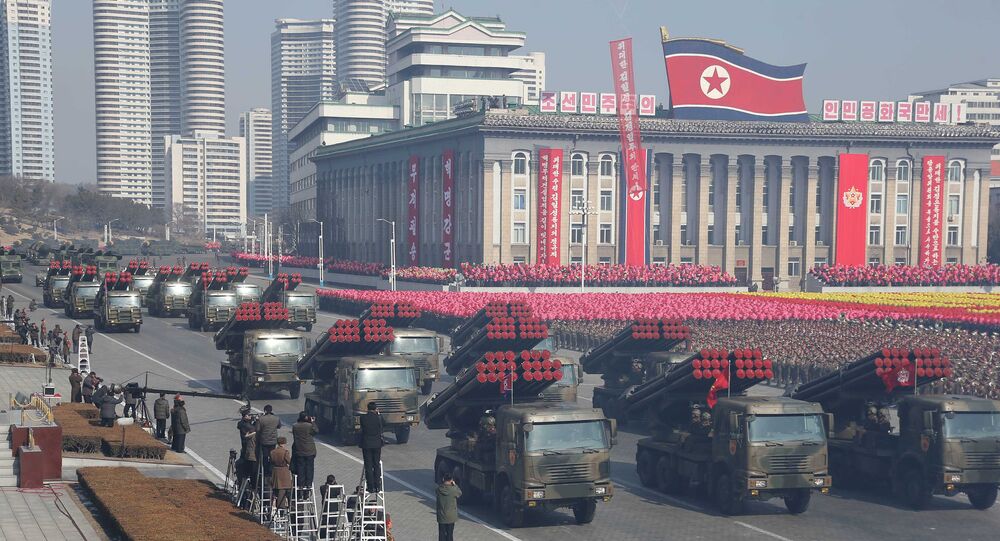 On Thursday, the eve of the opening ceremony for the Pyeongchang Winter Olympics, North Korea staged its very own military parade, filled with intercontinental ballistic missiles, speeches, and, of course, thousands of marching soldiers.

While many flocked to examine Pyongyang's Hwasong-14 and Hwasong-15 intercontinental ballistic missiles, what seemed to pass underneath the noses of many was a mysterious new missile. Unlike the Hwasong design, the newcomer is much, much smaller, according to analysts.

​Twitter user @oryxspioenkop, the author of the military blog Oryx, says the new missile looked like "a copy of the Russian 9K720 Iskander." They weren't the only ones who thought so.

Speaking with Business Insider, Justin Bronk, a military expert at the Royal United Services Institute, also pointed out that the low-key projectile bore a striking similarity to the Iskander missile.

"[The missile] looks enormously like Iskander missiles and not a missile that [North Korea has] been seen with before," he told the outlet.

But not everyone is on the same page. Mike Ellen, a missile expert at the International Institute for Strategic Studies, noted that it was "inconsistent with Iskander" and that it was likely just a ripoff of South Korea's Hyunmoo-2 missile system.

Whether or not the missile was designed after Russian or South Korean models, experts say the appearance of the new missiles will be taken up by the US as evidence of the need to continue to push North Korea to denuclearize.