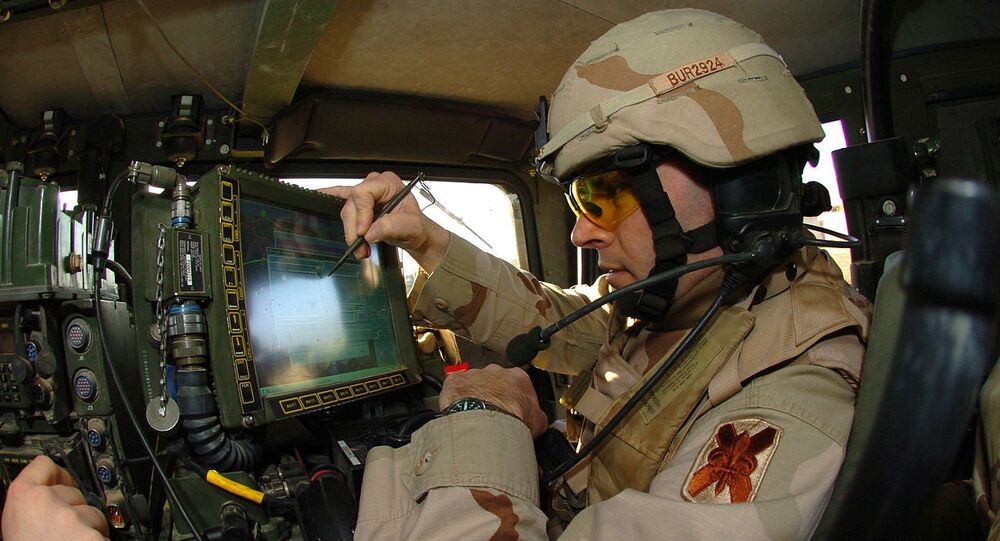 The Pentagon and Israel's Defense Ministry have launched 'Urban Navigation Challenge', a startup competition to create advanced 'counter-terror' navigation systems which don't use GPS. The project makes no mention of officially designated US "rivals" like Russia or China, but according to Russian experts, it would make no difference even if it did.

The project, officially dubbed the Combating Terrorism Technology Startup Challenge (CTTSC3), includes over $200,000 in prizes for ideas using technology like radio beacons, preloaded electronic maps, step counters, and other solutions which do not require an uplink to the US military's Global Positioning System (GPS).

Adopted by the Pentagon in 1993, GPS was originally designed to determine the coordinates of warships, military aircraft and ground units. However, as Russian military observer Vadim Saranov has pointed out, the system's main benefit for the military gradually became its ability to open new horizons in the development of precision weapons.

For example, the journalist wrote, "while the Tomahawk Block II cruise missile in 1991's Desert Storm had an accuracy of about 70%, in Yugoslavia in 1999, the Americans fired Tomahawk Block III missiles fitted with GPS-guidance, which increased accuracy to 90%."

© AFP 2020 / US NAVY/Renso AMARIZ
A "Tomahawk" cruise missile launches from the bow of the US Navy cruiser USS Philippine Sea at targets throughout Yugoslavia and Kosovo, 24 March, 1999.

In the years since, dozens of other GPS-dependent munitions systems have been created, including SDB and JDAM-bombs, 'smart' M982 Excalibur artillery shells, and even the 120-mm PERM mortar round.

© REUTERS / Alaa Al-Marjani
How Everyone & Their Mother Can Now Uncover the Pentagon's Deepest, Darkest Secrets
However, while GPS, in combination with traditional inertial guidance systems, allows for the accuracy of some US ammunition to reach as little as 1-2 meters from the target, experts say that this effect is possible only in 'hothouse conditions', against an enemy which is much weaker.

Speaking to RIA Novosti, Aleksei Levchenkov, the director of TeKnol, a private technology firm specializing in the development and production of navigation systems for civilian application, explained that basically, "satellite guidance for high-precision weapons only allows one to conduct policing tasks."

"If there is resistance in the form of radio-electronic warfare systems, you can forget about satellites. In this case there are only two guidance methods – inertial or target illumination," the engineer stressed.

The weak power of satellite signals, which can be muted or snuffed out even by compact, handheld jamming systems presently under development, makes the Pentagon's concern for finding alternatives fully justified, Saranov noted.

Last August, Kalashnikov Concern unveiled the Rex-1, a non-lethal anti-drone weapon weighing just 4.2 kg that's capable of jamming the connection between a drone and its operators, including GPS, GSM and Wi-Fi, to a radius of up to five km.

'Mosquito Squeak Vs Roar of An Aircraft Engine'

Although the Pentagon has concentrated efforts over the last several years to reduce the vulnerability of its military GPS connection, including through Air Force testing of anti-jamming antennae for satnav receivers starting in 2013, these efforts have shown only a marginal increase in signal security.

© Sputnik /
Droning On
Speaking to Saranov, the representative of another company designing GSM and GPS signal suppression systems pointed out that there simply are "no effective means to protect satellite signals against interference, and they are unlikely to ever be created."

"If one compares the useful GPS signal to the squeak of a mosquito, the power of a modern electronic suppression system is like the roar of an airplane's engine as it takes off," the official, preferring to remain unnamed, said.

Furthermore, the journalist noted, "in addition to suppression, there are other, more sophisticated means of acting against space-based navigation systems." This includes 'spoofing' – the creation of fake satellite signals to distort the location of a GPS receiver.

"Right now, there are about 12 known methods of spoofing," Levchenkov said. "And as soon as a new means of defense against it is created, new hacking technologies follow immediately afterwards," the developer stressed.

© AP Photo / Kirsty Wigglesworth
Russian National Guard May Create Special Anti-Drone Task Forces
The US intelligence and defense establishment has already suffered tangible losses to spoofing attacks, including the embarrassing loss of its then-new RQ-170 Sentinel drone over Iran in 2011, which the Iranian military said had been brought down by distorting the GPS signal. US officials and experts have voiced skepticism over Iran's claims, pointing out that military GPS frequencies are coded.

But others, including some Russian experts, have countered, noting that the Iranian military may have simply suppressed the military signal, after which the drone switched to a reserve civilian frequency and was subsequently taken over. Iran has since reverse-engineered the drone and decoded all of its surveillance data.

© AFP 2020 / ATTA KENARE
An Iranian boy holds a portrait of supreme leader, Ayatollah Ali khamenei as he walks past a replica of the captured US RQ-170 drone on display next to the Azadi (Freedom) tower during the 33rd anniversary of the Islamic revolution in Tehran on February 11, 2012

The Pentagon's concerns about the vulnerability of its GPS systems increases year after year. Last fall, Doug Wiltsie, the director of the US Army's Rapid Capabilities Office, confirmed that the defense of US navigation systems against electronic warfare capabilities of the 'probable enemy', including Russia, was a major priority for the Pentagon, with testing of the first non-satellite based navigation systems planned for 2018.

How long any such innovations will be able to hold out before the 'probably enemy' finds a workaround is anyone's guess, but if the views of Russian experts in the field are any indication, the answer is probably 'not long'.