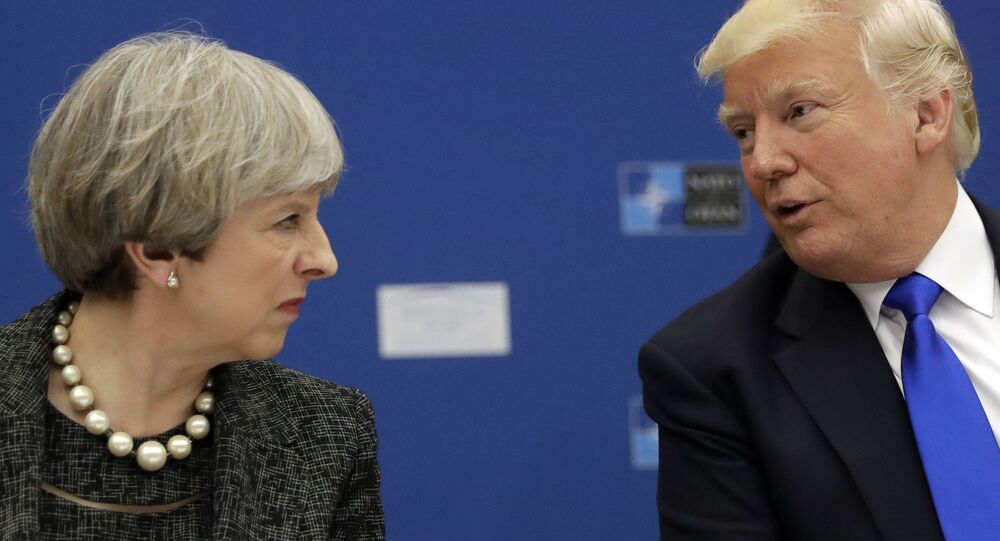 WASHINGTON (Sputnik) - US President Donald Trump and UK Prime Minister Theresa May during a phone conversation agreed that a pending data-sharing agreement between their two countries would boost law enforcement efforts, the White House said in a press release.

"The leaders also agreed the pending United States-United Kingdom Data Sharing Agreement would benefit law enforcement efforts in both countries, and they will advocate for legislation together," the release said on Tuesday.

The two leaders, the release said, also agreed on the need to increase pressure on North Korea until it turns to the path of denuclearization.

© REUTERS / Kacper Pempel/Illustration
UK Teen Posed as CIA Chief, Got Hands on US Intelligence in Afghanistan, Iran
Recently, the UK Parliament's Intelligence and Security Committee published its annual report in which it outlined the perceived intelligence threats and challenges facing Britain in the coming year.

UK to Continue Sharing Intel With US, Trump to Decide What to Do With It - May