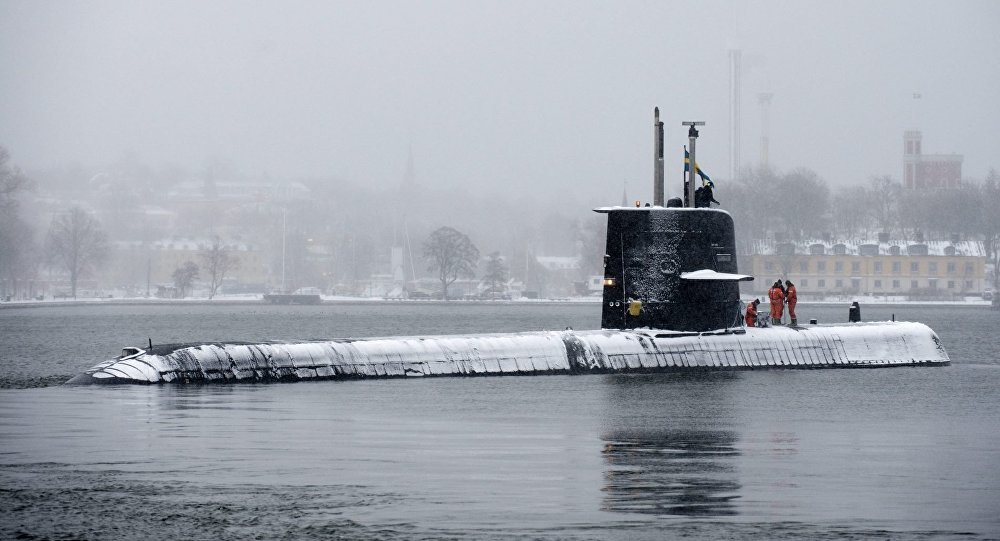 Sweden's Navy has been slimmed down from twelve submarines 30 years ago to only two currently in service. Today, at least six underwater craft are needed, according to a publication by the Swedish military newspaper Officertidningen.

Sweden has too few submarines, Mats Agnéus, the head of the first submarine fleet in Karlskrona, arguesd in the forthcoming issue of Officertidningen ("Officer's Journal").

At present, only two of the Nordic country's four submarines are fully operational. The other half is scheduled for modernization.

"We have to make do with what we have. But it's a vulnerable system," Agnéus told Officertidningen, as quoted by national broadcaster SVT.

"Our bosses are aware that an adjustment is needed with only two submarines. We simply cannot do enough," Agnéus told SVT.

© CC0
Sweden, Finland Join Forces in Submarine Hunting
The first of the modernized submarines of the Gotland-class is planned to re-enter service in December 2018. The second one is expected to return to the Swedish fleet in December 2019. Among other thingss, engines, combat equipment and communication systems will be upgraded, expanding their lifespan to 2025.

On top of that, two new submarines of the A26-class have been ordered. Saab, one of Sweden's leading defense corporations, is currently busy carrying out the SEK 10 billion ($1.3 billion) order by the Defense Ministry at its shipyard in Karlskrona. However, there have been talks about procuring at least one more submarine.

​Agnéus recalledreminded of the fact that the Swedish Navy possessed as many as twelve submarines three decades ago, questioning the idea that a smaller number couldan suffice for the same purpose.

"Are today's submarines so much more efficient that four can do the same job as twelve? Probably not," Agnéus argued.

Security policy expert Robert Dalsjö of the Total Defense Research Institute (FOI) agreed with Agnéus over the lack of submarines. According to him, though, it is also a matter of the crews efficiently manningto efficiently man them in order to be constantly ready for service. Additionally, thea problem of stationing submarines would also arise, Dalsjö argued.

"With a larger number of submarines and not the least crews, Sweden would be able to present one submarine in the northern Baltic and one in the southern the Baltic, respectively," Dalsjö ventured.

In 2004, Karlskrona became Sweden's only remaining naval base and the host to the headquarters of the Coast Guard, after the submarines and their crews that were based at Muskö outside the city of Nynäshamn in Stockholm County were moved to southern Sweden. Karlskrona is also home to Sweden's largest wharf, which dates back to the 17th century.