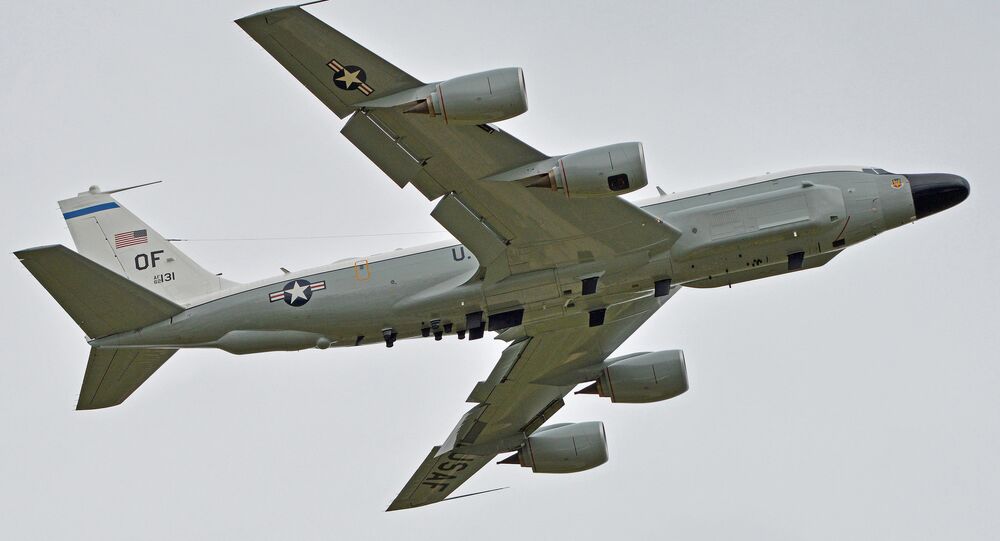 Two US aircraft, a Air Force Boeing RC-135W surveillance plane and a Navy Boeing P-8A Poseidon maritime reconnaissance aircraft flying out of England's Mildenhall Royal Air Force base, have been caught flying around the Russian exclave of Kaliningrad.

The aircraft were spotted making their rounds Thursday and Friday by Mil Radar, an enthusiast service which monitors US Air Force and Navy operations around the world. Mil Radar recorded the military planes' transponder signals as they flew through Poland and the Baltic Sea to within just 40 km west of Kaliningrad before turning east and flying along the exclave's southern borders through Polish airspace.

The latest surveillance flights follow an incident earlier this week in which a Russian Su-27 fighter was scrambled to escort a US Navy EP-3 Aries over the Black Sea near Crimea. The Pentagon complained that the Russian plane had made an "unsafe" interception of the military plane, and released a series of videos of the incident showing the Su-27 flying just a few feet from the turboprop aircraft.

© Sputnik
Cry Some More
Since the start of 2018, US reconnaissance aircraft have flown close to the Russian border in the Baltic at least 14 times, and have engaged in numerous surveillance missions near Crimea in the Black Sea as well.

In the comments section to RIA Novosti's article on the latest flights around Kaliningrad, some users suggested that maybe it's time for the Russian Air Force  to start making regular flights along the US border, with others quipped that if the US keeps this up, their pilots will soon be complaining again about Russia's "unsafe" interceptions.

Those Russian S-400 batteries will be tracking. More tense on board that P-8 than any of us could realise.