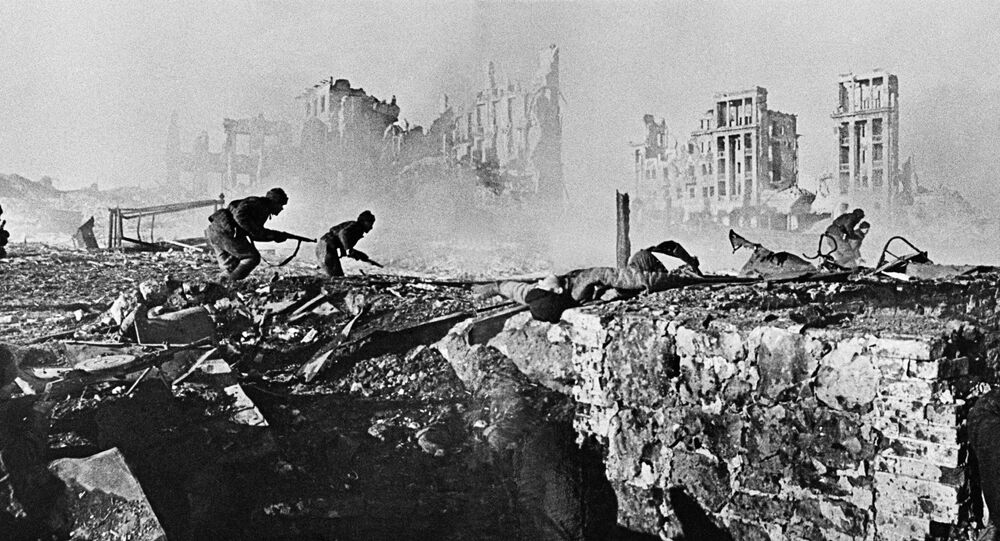 On Friday, the Russian city of Volgograd marks the 75th anniversary of the encirclement and destruction of the Nazi German 6th Army and units of its Romanian, Italian and Hungarian allies by the Red Army on February 2, 1943, marking an end to a battle widely considered by historians to be the turning point in WWII.

The Russian Ministry of Defense, known for its release of troves of important, previously classified documents ahead of important anniversaries, did not disappoint, revealing a new collection of papers showing the heroism and sacrifice of the wartime period which historians and history buffs will find invaluable.

Among the materials is a handwritten text of a telegram sent by Colonel-General Konstantin Rokossovsky, Commander-in-Chief of the Don Front, to Supreme High Command. In the telegram, Rokossovsky, whose leadership proved instrumental to the success of Operation Uranus, the successful Soviet counterattack at Stalingrad, reported on the capture of German 6th Army commander Field Marshal Friedrich Paulus and his chief of staff Arthur Schmidt on January 31, 1943.

© Photo : Russian Defence Ministry
Commander Rokossovsky's handwritten letter to Stavka on the capture of Field Marshal Friedrich Paulus.
© Sputnik / Natalya Bode
Nail in the Nazi Coffin: The Soviet WWII Counteroffensive That Changed the Course of History
The papers also include the high level documents conferring the title of Hero of the Soviet Union (the USSR's highest distinction, awarded for heroic feats) to the Red Army defenders of the city.

Also among them is the order granting the Hero title to Yakov Pavlov, the defender of what has since become known as 'Pavlov's House', a building in the center of Stalingrad which he and his platoon held for nearly two months against unrelenting Nazi attack. The battles surrounding the building were so brutal that Stalingrad's 62nd Army commander General Vasily Chuikov would later quip that German forces lost more men attempting to take Pavlov's House than they did in their operation to take Paris.

The papers also feature the order to grant Vasily Zaitsev, the Soviet sniper from the 284th Rifle Division of the 62nd Army made famous in the West by the controversial Hollywood film 'Enemy at the Gates' the Hero award. In the course of the fighting at Stalingrad, Zaitsev killed some 225 enemy troops, including 11 enemy snipers, thus helping the Red Army to maintain control over part of the city before reinforcements arrived.

The documents show the award order for Ilya Kaplunov, who was posthumously granted the Hero distinction for the single-handed destruction of nine German tanks on December 20, 1942, before being fatally injured. The papers also feature award order for Nikolai Kochetkov, the Il-2 pilot whose unit destroyed hundreds of enemy vehicles, tanks and troops before being shot down and captured by the Germans, escaping, and returning to his unit to carry on the fight. Finally, the cache includes the posthumous award papers for fighter pilot Ivan Manoilov and tankman Ivan Malozyomov, each of whom destroyed over a dozen enemy units of a numerically superior foe before being killed themselves.

On February 2, Russia marks its Day of Military Glory, dedicated to the Red Army's victory over Nazi forces and their allies in the Battle of Stalingrad.

Past and Present: Life of Students in the Soviet Union and Russia