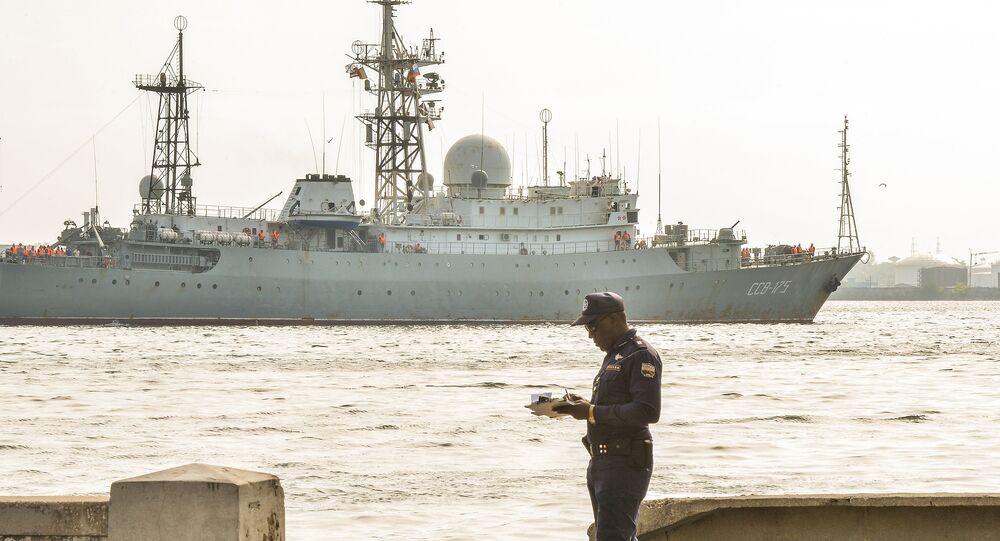 The 1,092 foot aircraft carrier and her strike group have headed deeper into the Atlantic Ocean, with their destination and mission unknown at this time. They are passing through the same waters that the Viktor Leonov passed through on January 24.

The Russian intelligence-gathering ship departed from Trinidad and Tobago to travel through international waters along the American east coast. The US Navy shadowed the vessel once they detected it via the destroyer USS Cole and a P-8A Poseidon surveillance plane.

Without incident, Viktor Leonov sailed past. Tracking data published on Wednesday placed it about 160 miles from the coast of Atlantic City, New Jersey.

"We are tracking the Viktor Leonov's presence off the East Coast, much like we are aware of all vessels approaching the United States and Canada," said US Navy spokesman Lt. Cmdr. Brian Wierzbicki on the incident. "We respect the rights and freedoms of all nations to operate in international waters in accordance with international law."

There's no evidence to suggest that the Bush's deployment is at all linked to the Viktor Leonov's passby. Some analysts have downplayed the significance of the ship coming close to American territorial waters at all. "There have been incidents like this over many years. This is not a serious incident," said James Jeffery, one of former President George W Bush's deputy national security advisers, who is now a member of the Washington Institute, to Business Insider.

This is the second time in as many years that the Viktor Leonov has been the subject of international discussion. The electronic surveillance ship, part of Russia's Northern Fleet, has repeatedly passed the American east coast since 2014. Its US visit in February 2017 proved controversial when it came within 20 miles of the US submarine base at King's Bay, Georgia. The incident was even mentioned by US President Donald Trump, albeit with sarcasm.

The incident also comes at a moment of strain between Washington and Moscow over the high seas. On Monday, a Russian Su-27 fighter intercepted a US EP-3 Aries surveillance plane over international airspace in the Black Sea.

The Pentagon slammed the interception as a provocative assault on a lawful navigation and the intercept itself as unsafe. Moscow replied that the Aries was heading towards Russian airspace and that they took "all necessary security measures" to ensure the safety of the American pilots.

US, South Korea Plan to Carry Out Naval Drills Involving US Aircraft Carrier