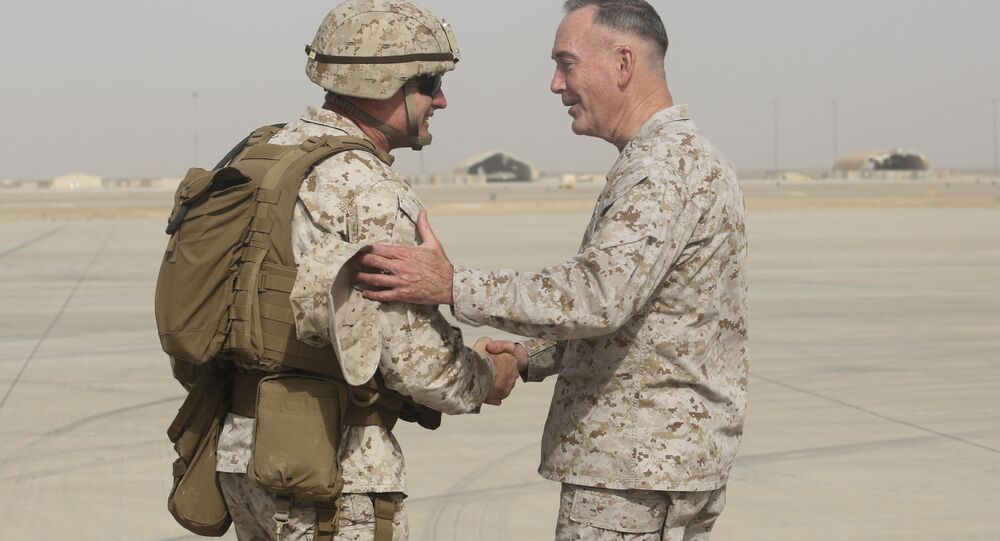 As increasingly expensive Pentagon strategies to secure Afghanistan from an encroaching Taliban insurgency produce little to no positive result, new American ‘advise and assist’ units are being rushed to the front with inadequate training and low expectations.

Following a recent declaration by US President Donald Trump outlining a another in a long list of new strategies intended to counter Washington's 17-year stalemated war in Afghanistan, 1,000-member specialized training brigades are being hastily prepared on American soil for deployment to prop up a beleaguered Kabul government fighting a battle that many experts consider already lost.

The US Army's 1st Security Force Assistance Brigade (SFAB) — expected to be the first of six identical units specifically trained to "advise and assist" Kabul-based security forces — has seen it's one-year training mission cut by half in the wake of Trump's announcement of a new Pentagon military strategy in Afghanistan, according to Politico.

US soldiers embedded within the first of the new training-only missions to Afghanistan have commented on the upcoming deployment, observing Pentagon public-relations boilerplate but revealing few details.

"This is a way for us to help shape the fight differently than we have in the past," stated SFAB team leader Captain Kristopher Farrar, cited by Politico.

SFAB Commander Colonel Scott Jackson offered that "this is not going to be like previous deployments," but how the new brigade would contribute in a country that is currently half controlled by an armed and determined opposition has not been clarified.

An estimated 20 of the country's 34 provinces are now considered ‘insecure' by US intelligence assets, while 54 of 105 districts in Afghanistan are under direct Taliban control, according to ABCnews.com.

Experts and analysts have long expressed cynicism of US military efforts in Afghanistan, and some have likened the ongoing deadly conflict to Washington's disastrous 20th century 19-year Vietnam War, recommending that it would be strategically desirable to cut losses and depart the Middle Eastern nation rather than stay on and continue unnecessary bloodshed.

"Any idea that these teams are going to come in and radically change things is a huge overexpectation," stated former US State Department and senior Pentagon official David Sedney, cited by Politico.

"I think they will make a difference, but," he added, "what degree of difference — that we won't know for several years."

Sedney observed that the SFAB mission faces an enormously difficult challenge, as the so-called Afghan National Army "which we partially trained, partially abandoned and are now coming back to," is "fragile and flawed."

Retired Brigadier General and lifetime Green Beret Donald Bolduc is skeptical that the new SFAB operation will accomplish any more than past missions, baldly stating, "I don't think this organizational structure is going to succeed," cited by Politico.

Former military advisor Jason Dempsey, a US Afghan adviser employed within a discontinued Pentagon program, suggested that Washington will not display the political will to support the ongoing war.

"No matter what [Trump] says, there are going to be midterms and a reelection campaign," Dempsey noted, adding, "are we really there for the long term?"

"How many times can you be promised that this time's different?"