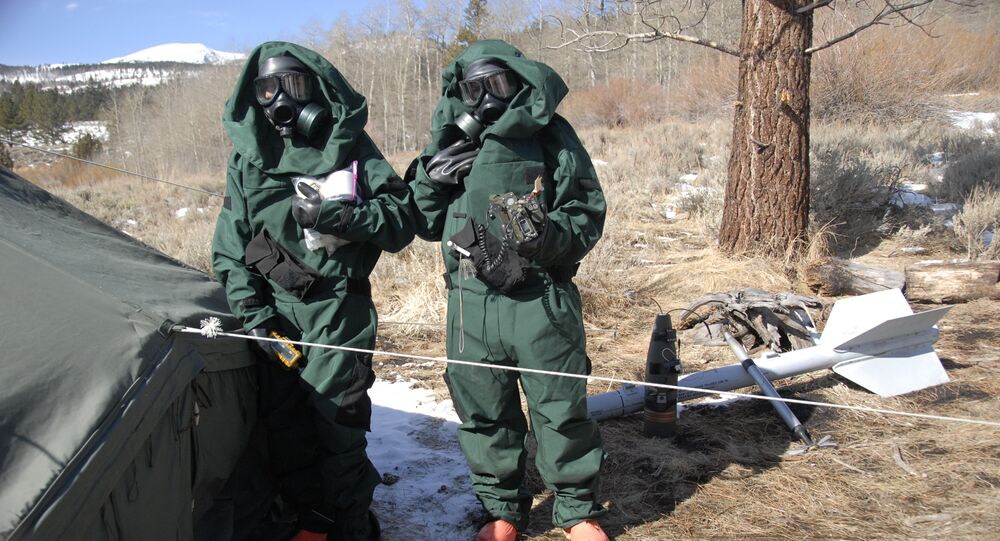 MOSCOW (Sputnik) - The United States ia deliberately pushing back the deadline for the complete destruction of its own chemical arsenals, Russian Deputy Foreign Minister Sergey Ryabkov said Thursday in a commentary on the January 23 Paris meeting of the so-called International Partnership Against Impunity for the Use of Chemical Weapons.

"It was at the insistence of the United States that the Convention on the Prohibition of Chemical Weapons [CWC] once established an unrealistically ambitious deadline for the global destruction of chemical weapons arsenals — by 2007. It is clear now that this goal has not been achieved. But more than a decade has passed since then, and the majority of the signatories, including us, have managed to fulfill their obligations," Ryabkov said.

However, the United States, which undoubtedly possess all the necessary financial, production and scientific and technical resources to complete this task, continues to delay the destruction of its own chemical weapons arsenals, Ryabkov stressed.

"Now it turns out that it is Washington that remains the owner of the world's largest stockpile of chemical weapons — more than 2,500 metric tons of the most dangerous weaponized toxic agents. Therefore, the United States is carefully preserving the type of weapons of mass destruction that is forbidden for anyone else. Apparently, the Americans need them for some purpose," the diplomat stressed.

On Tuesday, Paris hosted the so-called International Partnership Against Impunity for the Use of Chemical Weapons, in which Russia and China did not take part due to the lack of an invitation. Participants of the meeting from over 24 countries accused Damascus of being responsible for chemical attacks in Syria and Russia of trying to cover up the alleged crimes of Syrian government troops. Russia has persistently refuted the allegations, saying that such accusations are aimed at discrediting the Syrian government.

"In fact, it is, of course, an attempt to de facto substitute the functions of the Chemical Weapons Convention (CWC) and the UN Security Council. There is a real threat of erosion to the international non-proliferation regime, which has been formed over decades," Ryabkov stressed.