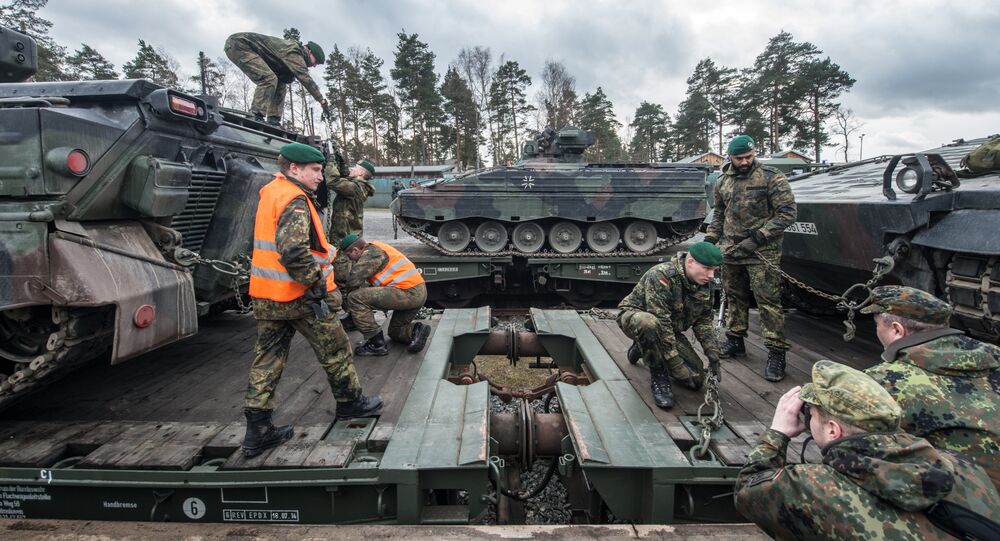 BERLIN (Sputnik) - The German government headed by Chancellor Angela Merkel has authorized the arms exports to the counties beyond the European Union and NATO in larger amounts than the previous cabinets, local media reported.

Thus, in 2017 alone, Germany's arms exports to the countries outside the European Union and NATO totalled 3.79 billion euros ($4.66 billion), which is an increase of 100 million euros compared to 2016, the ARD TV channel reported, citing information provided by the country's Economy Ministry.

© Sputnik / Andrey Stenin
Ankara Says Germany's Suspension of Arms Exports to Turkey Will Backfire on EU
The total cost of all the licenses for the arms exports issued by Merkel's government over four years in office amounted to nearly 14.5 billion euros, while the previous government has authorized the export worth just about 10 billion euros, the broadcaster added.

The released statistics has been criticized by the Left Party, that accused primarily the Social Democratic Party of Germany of breaching its campaign promise to abandon export policies.

According to the news outlet, Algeria, Egypt, Saudi Arabia and the United Arab Emirates have received most of German arms exports.