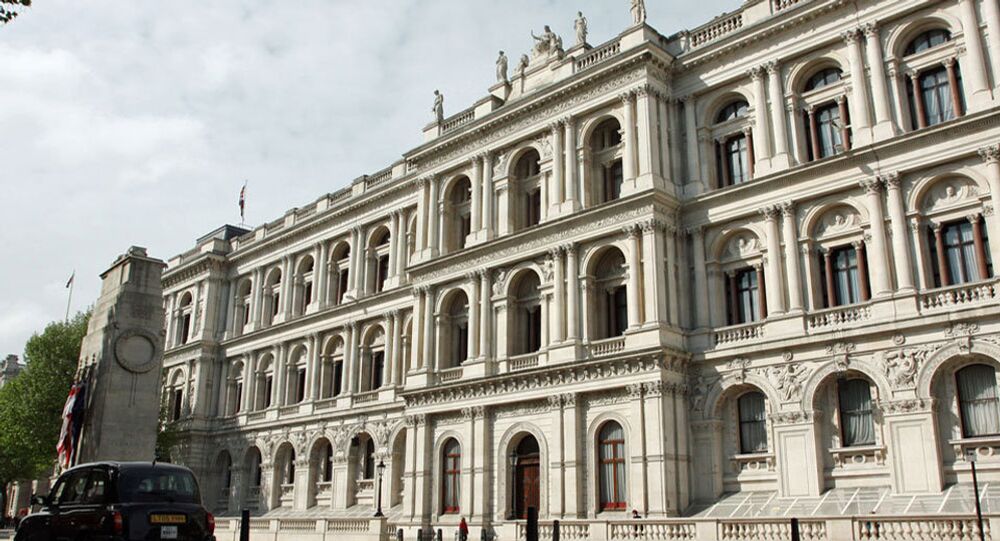 Idi Amin has gone down as one of the most brutal dictators in history. His eight-year stranglehold in Uganda saw parliament dissolved, elections ended, vicious secret police agencies created, and courts and media alike made totally subservient to his will. In the process, perhaps 500,000 were killed, and hundreds of thousands more displaced.

Idi Amin's story is fairly well known — he seized power through a military coup, overthrowing elected President Milton Obote, in 1971. Less well known is the UK's strong financial, political and military support for Amin and his government, during the earliest years of his rule.

#DECLASSIFIED. The files on #Uganda show total UK support for the Idi Amin coup in 1971 and consolidation of the regime as it began repression and murder. UK armed/trained the regime and welcomed Amin to London to meet Queen. He went on to kill up to 500k. https://t.co/dC97Sfc15x pic.twitter.com/0bSCIA1jyG

​Looming largest among his litany of concerns were Obote's nationalization policies, and his threat to withdraw Uganda from the British Commonwealth if the UK resumed arms exports to South Africa.

On the former point, in May 1970 Obote had announced legislation which would allow for government takeover of all foreign import and export businesses, acquiring 60 percent of the shares in regional oil giants, manufacturing industries and financial institutions in the process.

By definition, such a policy was a direct challenge to UK business interests in Africa generally, and Uganda in particular. In all, 50 British firms operating in Uganda were threatened by nationalization, including Shell/BP, British American Tobacco and Barclays bank.

"His Excellency, President for Life, Field Marshal Al Hadji Doctor Idi Amin Dada, VC, DSO, MC, Lord of All the Beasts of the Earth and Fishes of the Seas and Conqueror of the British Empire in Africa in General and Uganda in Particular." pic.twitter.com/7jU4ul6S9S

​The files indicate the UK Foreign Office was particularly worried other countries would be "tempted to try and get away with similar measures with more damaging consequences" for the UK. As evidence of Obote's policy contagion potential, officials note a mere three weeks after the measures were outlined, the government of Sudan nationalized foreign businesses "in an even more unacceptable" fashion.

Despite the extremely violent nature of the coup, in which hundreds of Obote-loyalists were killed or arrested, the UK — along with the US and Israel — was one of the first countries to formally recognize Amin's government, on the basis early acknowledgement would "best serve" British political and financial interests in the country.

While many African states refused to recognize the legitimacy of Amin's military government, the files reveal UK officials canvassed other pro-British governments in Africa, such as Kenya and Ghana, who we judge likely to be sympathetic towards General Amin' in order to increase international recognition. In one document, the Foreign Office expresses hope Amin can be "discretely" apprized of these efforts.

​One official noted there was "something of the villain" about Amin, and he may well be "quite unscrupulous and indeed ruthless when he judges this to be necessary in his own interest" — but ultimately High Commission Slater, in a note to Conservative Foreign Secretary Sir Alec Douglas Home on February 15 1971, expressed confidence the General could "make a go of it," once "relived of external distractions."

"He has revealed unexpected powers of leadership. Nationalization will be slowed down because the country cannot afford it. Anglo-Uganda relations can only benefit from the change. Our bilateral differences will remain but it should be possible to discuss them amicably. Uganda is unlikely, under Amin, to leave the Commonwealth, whatever we do about selling arms to South Africa," he wrote.

Indeed, UK officials were so smitten with Amin they expressed hope his seizure of power could be emulated elsewhere in Africa, in countries similarly ruled by protectionist governments.

"General Amin has removed one of our most implacable enemies in Southern Africa. Our prospects in Uganda have been considerably enhanced. If Amin remains firmly entrenched in power and gains the acceptance of other governments, this will no doubt enhance the temptation to other African military leaders to follow his example. Events in Uganda will have been noted in Kenya. This could conceivably produce a government better disposed to Britain than [President Jomo] Kenyatta's political heirs," Eric le Tocq of the Foreign Office's South East Asian Department wrote in an internal document.

In another dispatch from to Douglas-Home, dated August 6 1971, Slater assessed the first six months of Amin's rule.

By that point, Amin had avowedly established a military junta in Uganda, slaughtering thousands and imprisoning more — but his actions did not diminish UK support for his government, with London offering a £10 million loan over three years. High Commissioner Slater Amin's ethnic cleansing of Acholi and Langi citizens was but a "rather sombre background to a bright chapter in Anglo-Ugandan relations."

While Slater noted the General's performance to date had been "patchy," he viewed Amin as having "grown in stature," harboring a "genuine regard" for the UK, and being "sincerely grateful for the help given him."

"Despite some obvious deficiencies he remains a net asset from Britain's point of view. Amin is described in our pre-coup personalities report as ‘not particularly pro-British'. I think this judgment should be revised. After studying him closely for six months, I have no doubt in my mind he has a genuine affection and respect for the British army, which rubs off on to Britain as a whole. I am sure that he is sincerely grateful for what we have done and offered to do — early recognition…military and police training, the development loan and so on," Slater wrote.

Moreover, while Amin's "political immaturity and over-confidence" made him "something of a liability," Slater recognized while he remained in power, Ugandan reactions to "controversial British policies" in Africa would be much more "containable."As a result, it remained in the UK's interest to see his government "consolidated," while "bringing what influences we can to bear on his policies."

Still, by 1972, the UK government had become quite anxious about Amin's activities — albeit not on any moral grounds. Instead, "public and visible involvement" with the General's government, such as the training of the Ugandan military and police by British experts, meant the UK "might well be saddled with some of the criticism belonging to the Amin regime."

Nonetheless, in January that year Ugandan Defense Minister Oboth-Ofumbi was welcomed by British officials, invited to buy a "wide range" of military equipment, and given strong affirmations of British support. British military training specialists were duly dispatched to Kampala.

With the death toll in Uganda rising, in June 1972 officials finally started to consider ending their public and private support for Amin — the files indicate the Foreign Office recommended military training be suspended should be held up, although this was largely attributable to Amin's "wild and irresponsible" calls for military action against "imperialists," and joint naval exercises with the Soviet Union.

Two months later, Amin told High Commissioner Slater he was planning to expel 80,000 British Asians from Uganda, on the basis they excluded indigenous Ugandans from business and exported capital from the country. In response, UK Prime Minister Edward Heath wrote to Amin, begging him to reconsider.

"The British government have gone out of their way to try to be friendly and cooperate with Uganda ever since your administration took over. We were and are very anxious to help you in all the economic and security problems which face your country. I have hoped our personal relations could be close," Heath wrote.

​The Prime Minister's intervention was ignored, and Amin proceeded to expel the country's entire Asian community — 27,000 were airlifted to Britain. Moreover, he initiated a wider campaign of torture and slaughter that engulfed the entire country, in which religious leaders, business chiefs, professionals, politicians and military all targeted.

In all, perhaps 300,000 were killed. The terror only ceased in 1979, when Tanzania fought off an attempted Ugandan invasion and marched on to Kampala. In April, Amin escaped with his six wives and 25 children to Saudi Arabia, where he lived until his death in 2003, allegedly subsisting on a diet comprised entirely of oranges, pizza and Kentucky Fried Chicken.

​The damning files were made available via UK historian Mark Curtis' "Declassified" project, which aims to construct a fully comprehensive and searchable collection of British government documents and articles, making them more accessible to the public than they are currently. Moreover, the initiative seeks to encourage and support other researchers in their own efforts, leading to the publication of more documents.