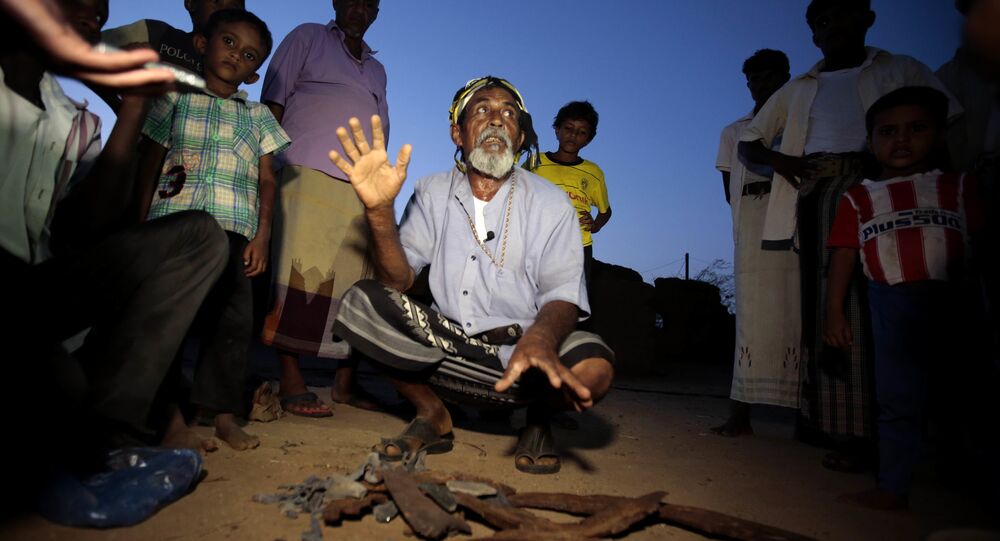 Berlin has halted all weapons sales to Riyadh and its allies, in part due to the latter’s prosecution of an ongoing war in Yemen that is killing civilians by the thousands.

© AP Photo / Hani Mohammed
Yemen's Houthi Rebels Shoot Down Saudi Warplane Over Sanaa - Reports
In line with demands from opposition parties in Berlin, German Chancellor Angela Merkel's administration — seeking to form a coalition government to offset 2017 election losses — will halt all weapon sales to Saudi Arabia and its allies, including United Arab Emirates, Qatar and Sudan, accusing the coalition of waging a "dirty war" in Yemen that has killed thousands of civilians.

After almost quintupling its sale of weapons to Riyadh between 2016-2017, Berlin announced Friday that it would halt arms sales to any nation participating in the war in Yemen, including Saudi Arabia — a major armaments buyer — "immediately," according to Financialtimes.com

SPD party officials have strongly criticized German weapons sales to nations with a substandard record on human rights, including Saudi Arabia and Qatar.

Left-wing Die Linke party lawmaker Stefan Liebich, in calling attention to the ongoing carnage, stated in Berlin that Riyadh and its allies would "answer for the thousands of deaths from their dirty war in Yemen."

Liebich asserted that Germany's sale of weapons to countries waging war in Yemen was a "reprehensible" action, cited by Financialtimes.com.

Beginning in 2015, a Riyadh-backed regime has been struggling to keep power in Yemen against a rebellion of Tehran-backed armed Houthi militants, in a proxy war between two major Middle East powers that has seen over 10,000 killed, including over half of those casualties counted as civilians.

Saudi Arabia Releases Over 20 Corruption Detainees After Agreeing to Settlements