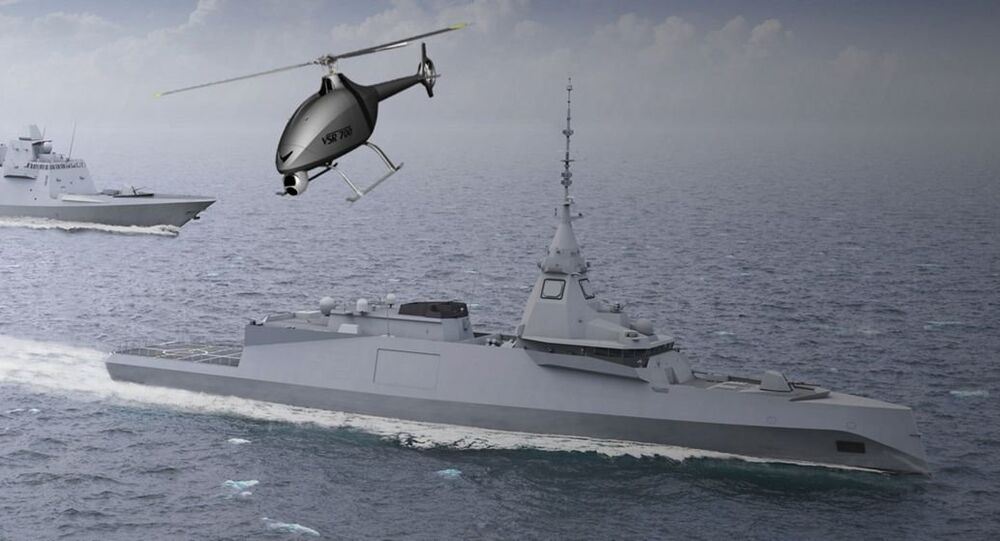 The French government has awarded a contract to two European firms to develop technology for rotary wing drones to take off from French navy vessels.

The Airbus Helicopters consortium and the Naval Group were selected as primary contractors for the program by France's Direction Générale de l'Armement (DGA), Airbus Helicopters announced Friday. The two firms are tasked with completing a study to identify technical risks "for initiating and realizing the program," the company said.

The VSR700 drone will be able to fly for more than 10 hours at a time and features a payload capacity of up to 330 pounds, according to the announcement, "offering performance levels that have, until now, been reserved to aircraft of a significantly higher category and size."

The drone "forms part of the preparation of the Navy Airborne Drone System, whose entry is foreseen for the middle of the next decade on new intermediate-size frigates and other French Navy ships," Airbus noted.

The drone's body is derived from the Guimbal Cabri G2 light civilian helicopter and will weigh approximately 1,500 pounds.

"We are proud to have been selected by the DGA, together with our long-standing partner Airbus Helicopters, to allow the French navy to integrate aerial drone systems into its units and strengthen its operational capabilities," Harve Guillo, chief executive of the Naval Group, said in the announcement.

The companies did not disclose the total value of the contract award. DGA also declined to specify the award amount, according to Defense News.