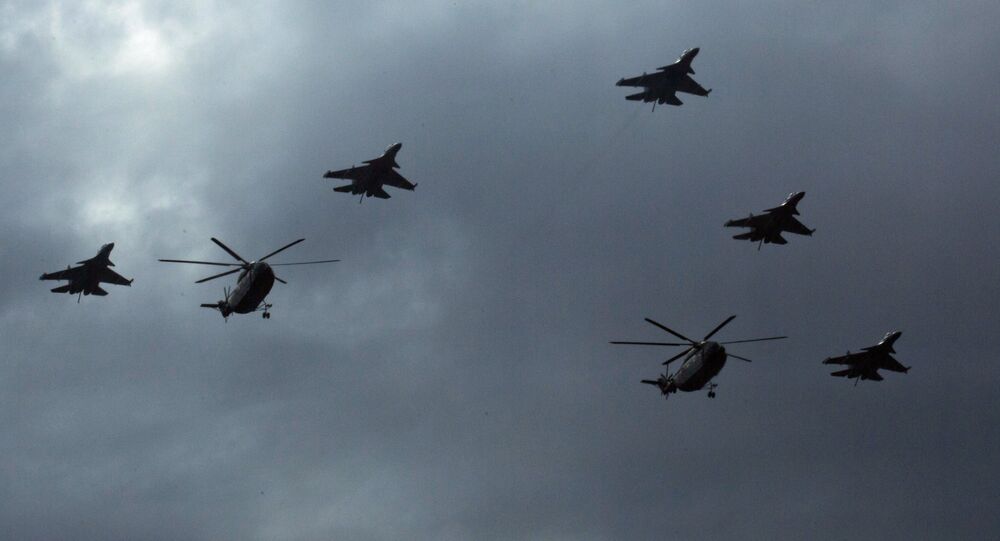 China’s J-16 fighter jets are quietly being introduced to the People’s Liberation Army Air Force at a faster rate than the country’s new fifth-generation J-20, though the latter has garnered much more international attention.

At least two new squadrons of J-16 fighter jets have been added or are in the process of converting to J-16 squadrons, Defense News reported Wednesday, citing images recently published by the Chinese Ministry of National Defense. With the additions, the PLAAF has at least three J-16 units in its arsenal: the 172nd, the 173rd and the 98th brigades, Defense News noted.

The J-16 is an indigenously built fighter modeled after Russia's multi-role Su-30 Flanker fighter jet, which aviation experts consider to fare favorably against the US F-15 Strike Eagle. China's air force and navy also operate the Su-30. The J-16 is more advanced that the J-11 (which is itself modeled on the closely related Su-27) in the sense that it is well-suited for ground strike missions as well as air-to-air combat.

J-16s entered the PLAAF in small numbers in 2015, Defense News notes, adding that wider introduction was postponed in order to better develop the electronically scanned array radar for the aircraft.

The PLAAF commissioned the first J-20 last September, but experts expect integration of the fifth-generation aircraft to be "very long and painful," as it has been with the US Air Force's F-35. "The process of fifth-gen fighters' introduction to the US Air Force was very long and painful," said Vasily Kashin, a fellow at the Center for Comprehensive European and International Studies in Moscow, when the J-20 made its public debut. "There's no reason to think China would be different," Kashin said.

China has also been developing an even newer aircraft than the J-20. In 2012, China's J-31 prototype made its first public flight at the Zhuhai airshow. "I think they'll eventually be on par with our fifth-gen jets — as they should be, because industrial espionage is alive and well," a senior US fighter pilot familiar with the F-35 told USNI News in 2014.