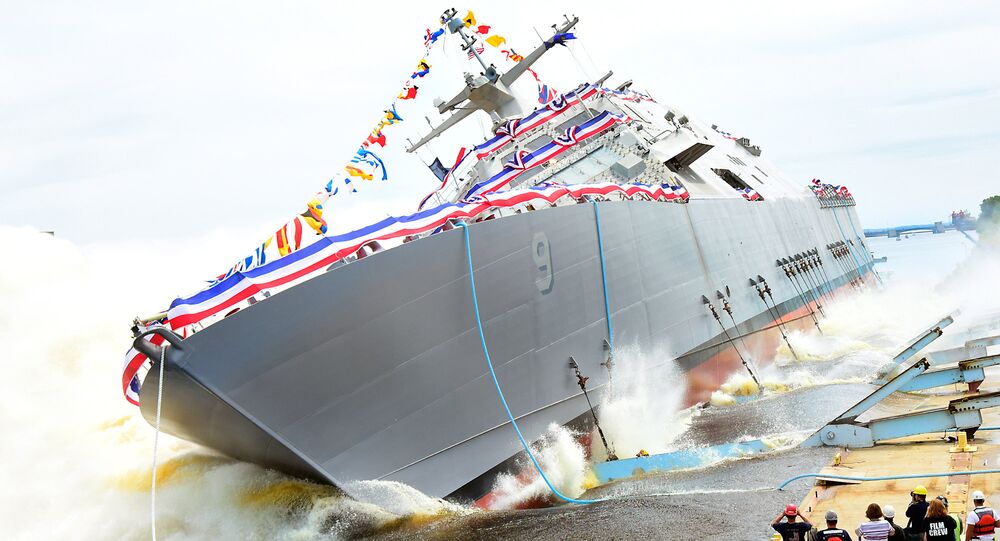 The US Navy’s newest littoral combat ship, unveiled by shipyard workers in a snow-covered ribbon-cutting ceremony on December 16, was supposed to have completed its journey to Florida by now, but is instead stuck at a port in Canada.

"Icy conditions delayed the ship's departure due to a limited number of tugs," Lt. Cmdr. Courtney Hillson told the Navy Times on Tuesday. The ship's departure from Buffalo, New York, was postponed from December 16 to December 20. The ship then made a routine port call in Montreal, Canada, where it remains docked, Buffalo News reported.

US Navy sailors have been working on regular maintenance for the vessel and finished repairing a steering cable on January 5, but maritime authorities have not signed off on letting the ship continue its mission. If enough tug boats arrive to help the ship through the icy waters, the vessel may depart sooner, Hillson said.

The delay only adds to the Navy's headaches, as it is already "straining" to meet operational demands after decades of global deployment. "A smaller fleet with fewer sailors is straining to meet the operational demands placed upon it," Navy Secretary Richard V. Spencer said last December.