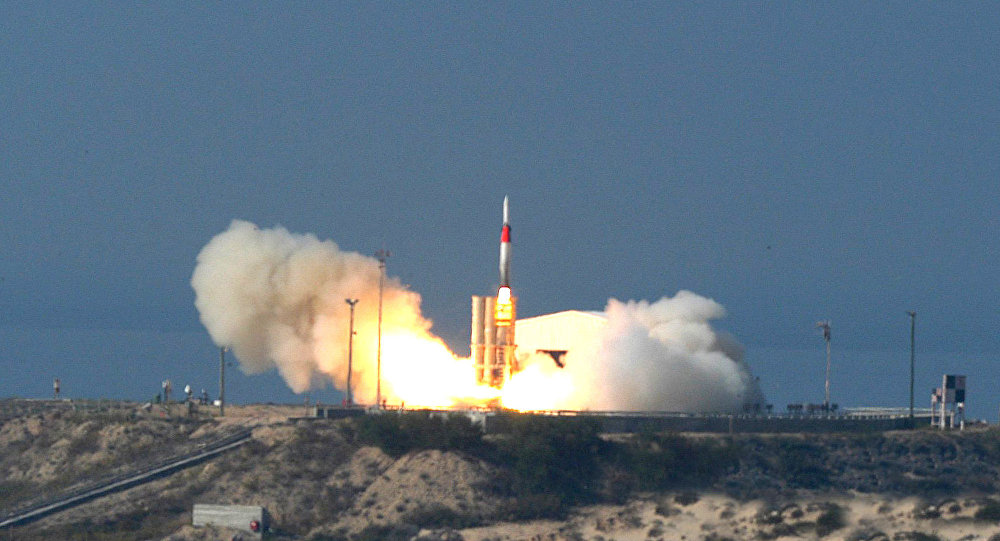 Arrow-3 exoatmospheric anti-ballistic missile testing was delayed for the second time in as many months, the Israeli Defense Ministry said in a Wednesday announcement.

The test was technically not a "failure" since the missile never took flight, Patel emphasized. A proposed test in December was also aborted, the Jerusalem Post noted.

In December, the target missile that Arrow was supposed to intercept "was not conforming to safety parameters," Patel said December 4. "We were fully prepared for this test," Boaz Levy, an executive at state-owned Israel Aerospace Industries, told Defense News at the time.

"In today's case, the decision was made to abort the process even before the interceptor and all its supporting systems were activated," Bevy noted, adding that Israeli and US testers would "get prepared for the next test as quickly as possible."
Speaking Wednesday, Bevy told the Jerusalem Post that the issue preventing the December test was unrelated to the technology glitch preventing the January 10 test.

The Arrow-3 conducted its first successful flight test in 2013, according to the US Missile Defense Agency. The anti-ballistic missile is intended to add another layer to Israeli missile defense systems that already include the Arrow-2 missile, David's Sling and Iron Dome, which has intercepted more than 1,700 munitions since it was declared operational in 2011.

The main advantage of the latest generation Arrow-3 over the Arrow-2 and previous variants of the Arrow-3 is that it is supposed to neutralize potentially nuclear-tipped ballistic missiles much further away from the Earth's atmosphere. The Arrow-3 is unique from other interceptors in that it carries its own warhead when crashing into target ballistic missiles, whereas other interceptors rely simply on kinetic impact to redirect or destroy incoming projectiles.