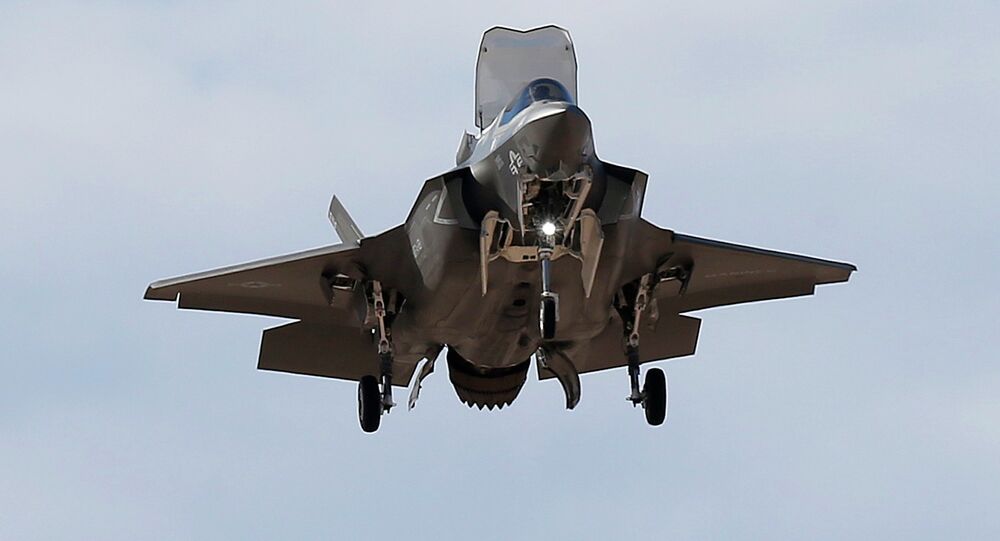 The US Marine Corps’ USS Wasp amphibious assault ship and a squadron of F-35B “jump” jets joined the US Navy’s 7th Fleet last Saturday, marking the first time the fifth-generation jet has been deployed on a moving US vessel.

The vessel originally was slated to leave for Sasebo, Japan from its homeport in Norfolk, Virginia, last August before hurricanes ravaged the Caribbean and diverted the ship from its intended route. Instead, Navy officials called on the Wasp to contribute to relief efforts in the storm-struck region, and the ship completed more than 108 missions in support of residents on decimated islands, including the US Virgin Islands and Puerto Rico.

The missions led to the transport of more than 1,100 passengers to safety and dropped off more than 328,000 pounds of food and water supplies to help people living on hurricane-impacted islands, Military.com's Hope Hodge Seck noted January 9.
After completing the humanitarian missions, the Wasp made its way to Japan. Three days after Christmas, the ship arrived at Pearl Harbor, Hawaii, for a quick stop over on the journey, Honolulu's Star Advertiser reported. The Wasp stayed in Hawaii until January 2 before completing the rest of the trip across the Pacific.

Last January, an F-35B squadron arrived at Marine Corps Air Station Iwakuni, Japan, but the Wasp's F-35B fleet marks the first group of F-35Bs stationed on a naval platform. The carrier-variant F-35C is still at least a year from reaching initial operational capability.

The F-35 is sometimes described as a "flying computer" that may be more important for relaying mission critical information and data — and even potentially helping the ballistic missile defense apparatus — than dropping payloads on targets. Dakota Wood, senior researcher at the Heritage Foundation and former Marine Corps strategic planner, told Military.com, "I think the Iwakuni deployment was very important because you're forward-deploying all the logistical support that is required for those environments, specialized equipment needed to access and maintain the repair" the jets.

USMC Cpl. Aaron Henson
US F-35Bs May See First Combat with US Marines in 2018

"Actually deploying the squadron aboard a ship, that's a major step forward, because what it means is you've got shipboard versions of all that capability," Wood said.

Another squadron of F-35Bs is deploying aboard the Wasp's sister ship, the USS Essex, later this year. Wood confirmed previous reports that the Essex's eventual role in the US Navy's Middle East operations means it's the most likely place the jump version of the F-35 will get its first taste of combat.

"It's much more likely that the F-35Bs on the Essex, over Syria or Afghanistan, you could potentially see F-35s rolled into [combat] operations," the Heritage Foundation researcher said.