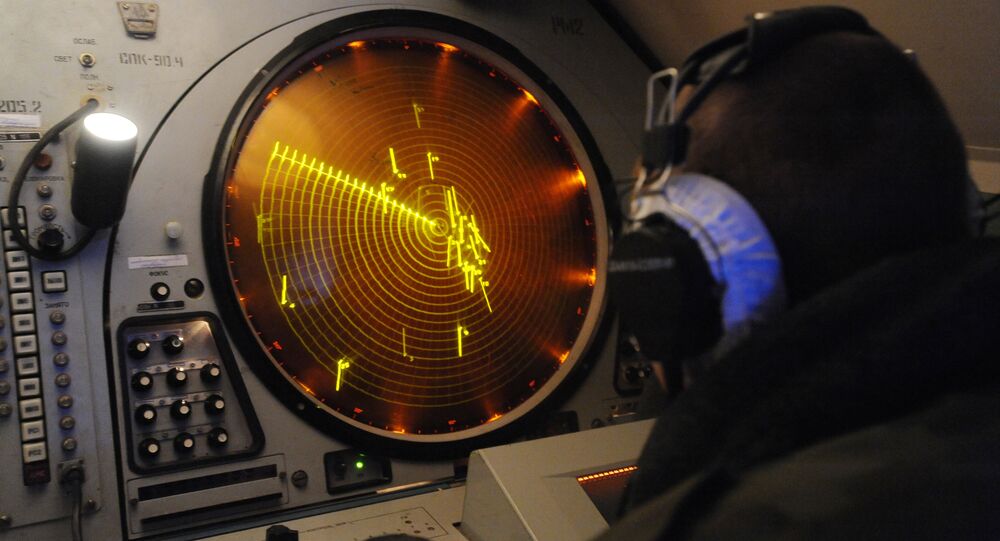 The Russian Defense Ministry established that that 13 drones used in attempted attacks on two Russian military facilities in Syria earlier, were launched from the area of ​​the Muazar settlement located in the southwestern part of Idlib de-escalation zone.

MOSCOW (Sputnik) — The drones that attacked Hmeymim air base earlier this month flew out of the area in the southwest of the de-escalation zone Idlib controlled by the so-called "moderate" opposition, the Krasnaya Zvezda newspaper, the official publication of the Russian Defense Ministry, said on Wednesday.

The ministry reported earlier this month that 13 drones had been used in attempted attacks on two Russian military facilities in Syria on January 6. Ten of them targeted the Hmeymim air base and three were sent toward the Tartus naval base.

"According to the Russian Defense Ministry, it was established that the launch of the drones was carried out from the area of ​​the Muazar settlement located in the southwestern part of Idlib de-escalation zone controlled by the armed formations of the so-called 'moderate' opposition," the statement said.

DARPA/YouTube
WATCH: US Planning to Test Swarm Drone Uses For Infantry
It is noted that in connection with this incident, the Russian Defense Ministry had sent letters to the Chief of the General Staff of the Turkish Armed Forces, Gen. Hulusi Akar, and Head of Turkey's National Intelligence Organization, Hakan Fidan.

"The documents indicate the need for Ankara to fulfill its obligations to ensure compliance with the ceasefire regime by the armed formations under its control and to step up work on the installation of observation posts in Idlib de-escalation zone in order to prevent such attacks by UAVs against any objects," the statement added.

On Monday, the Russian Defense Ministry said that the country’s forces had taken control over six out of 13 drones, involved in the January 6 attempted attack in Syria. Thus, three UAVs were landed by the Russian forces in a controlled area, three other drones detonated after collision with the ground, and seven other UAVs were destroyed by the Russian Pantsir-S air defense systems. Subsequently, the Pentagon said that the devices and technologies used for the drone attack "easily accessible on the open market." This statement caused concern of the Russian Defense Ministry.