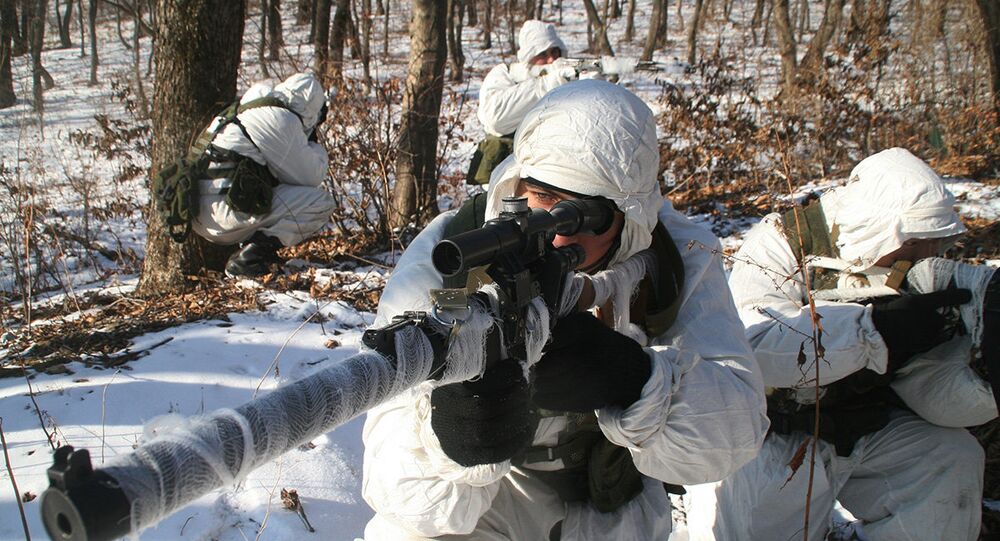 About 1,000 servicemen of the Russian Pacific Fleet's marine corps and units began performing tasks in 2018 in the Eastern Military District.

VLADIVOSTOK (Sputnik) — Marines of the Russian Navy's Pacific Fleet were the first to start exercises in 2018 in the Eastern Military District, the press service for the Pacific Fleet reported Monday.

© Photo : Youtube/Sputnik
Russian Baltic Fleet Marines Practice Amphibious Assault in Kaliningrad
The military will work out combat vehicles driving, tactical methods of combat, engineering training issues, as well as practical shooting from all types of small arms. In total, up to 200 units of combat and special equipment were brought to the exercises.

Previous year in August, he Russian Baltic Fleet Marines’ drills were held with over 2,000 military personnel, 20 warships, 12 aircraft and helicopters took part in the drills.