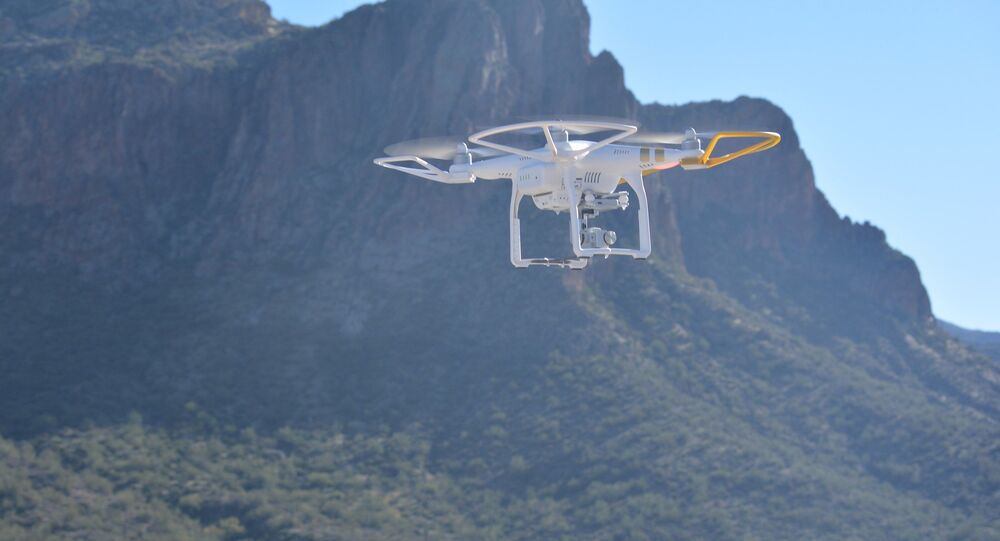 Fetired CIA officer Phil Giraldisays that Terrorists across the Middle East region can craft their drones from the captured equipment, supplied by US to the Iraqi Army.

WASHINGTON (Sputnik) — Terrorists in different groups across the Middle East region can now put together their own unmanned aerial vehicles from all the advanced US-supplied equipment they captured from the Iraqi Army, retired CIA officer Phil Giraldi told Sputnik.

"Terrorists in the Middle East can create drones from equipment captured from the Iraqi Army or turned over by US supported militants but most of the technologies are fairly well known," Giraldi said on Monday.

An attempt by terrorists to attack Russian military facilities in Syria with the help of combat drones was disrupted overnight from January 5 to January 6, the Russian Defense Ministry said in a statement on Monday.

© AP Photo / Kirsty Wigglesworth
Russian National Guard May Create Special Anti-Drone Task Forces
Russian air defense identified ten drones of unknown origin approaching the Hmeymim air base and three approaching the Tartus naval facility. Three UAVs were brought to the ground in a controlled area outside the base, three more detonated from a collision with the ground, while seven were destroyed by missiles.

The Russian Defense Ministry said the fact that militants used such combat drones indicates they were given technologies that allow carrying out terrorist acts using similar unmanned aircraft in any country.

Giraldi agreed with the Russian military assessment that the use of UAVs added another level of lethality to extreme Islamist and other terror groups.

"It is indeed a serious threat as drones create another dimension that conventional military and police forces have to guard against," he said.

Daesh, al-Qaeda, the Nusra Front and other terror groups were also developing growing capabilities to buy UAVs or enough components to assemble them on the international market, Giraldi warned.

"I would not necessarily assume that the drones are not indigenously produced. The technologies are fairly well known and the components are available on black market and even legitimate arms markets," he said.

© AP Photo / Militant website
Daesh Access to Drones Used Against Russian Bases 'Cause for Concern' - Pentagon
Hezbollah in Lebanon had already been producing its own drones for some time, Giraldi pointed out.

"There is no reason to assume that radical groups have been unable to do the same, utilizing cannibalized parts from equipment captured from the Iraqi Army or turned over by US- supported militants," he said.

The effectiveness and versatility of UAVs for many different combat missions made them as attractive to terrorist groups as they were to established military forces, Giraldi explained.

"Drones are the cutting edge of twenty-first century warfare and it is inevitable that everyone who aspires to military competency will acquire them," he concluded.