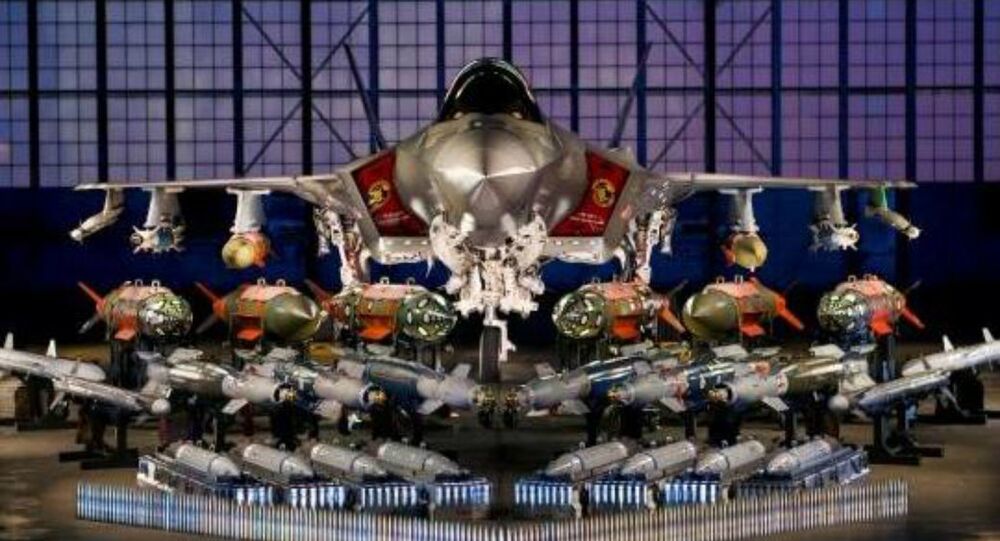 Reports have surfaced claiming that the White House is close to releasing their new “Buy American” plan that will instruct US military attaches and diplomats to more aggressively push foreign governments to buy American-made weapons.

The policy will also reportedly include easing of the export rules on foreign military equipment purchases. This rule change will make it easier for other countries to purchase US fighter jets, drones, warships, artillery, and other military equipment.

While running for president in 2016, then-candidate Donald Trump promised to lift trade restrictions in an attempt to close the ever-widening US trade deficit- which has increased from about $25 billion in 2009 to over $50 billion in 2017.

A senior US official told Reuters that the new policies will allow non-NATO allies of the US to purchase weapons in greater numbers, which could bring in additional billions of dollars in revenue for US defense contractors.

"We want to see those guys, the commercial and military attaches, unfettered to be salesmen for this stuff, to be promoters," said the senior administration official, who spoke on conditions of anonymity.

While the new policy is likely to be to the benefit of large US defense contractors such as Boeing or Lockheed Martin, rights groups and political opponents have argued that the new policy could end up pumping additional and more powerful weaponry into conflict zones in Africa, the Middle East, and South Asia.

One controversial sale came in June, when Trump announced a $7 billion sale of precision-guided munitions in Saudi Arabia- as the Saudis wage a bloody war in Yemen that has left tens of thousands dead. An additional $100 billion in deals were offered or proposed.

"As the world's biggest arms exporter, the U.S. has a special responsibility to ensure no U.S. weapons fall into the wrong hands," Patrick Wilcken, a weapons sales expert with Amnesty International, told Newsweek. "Time and again we have seen US-supplied weaponry going astray and ending up in the hands of armed groups, or being supplied to states with poor human rights records which misuse them."

The anonymous official waved aside these concerns, saying that human rights considerations were taken into account, but the US needed to remain competitive against emergent Chinese and Russian arms industries.

Arms sales skyrocketed under Trump's predecessor, Barack Obama, and are posed to continue under Trump.

The rapid expansion of the US arms industry in both domestic and foreign sales, has been a major boon for the big defense contractors. Lockheed Martin stock traded at less than $60 a share when Obama became president in 2009, and now it's worth about $330. Other large contractors have seen similarly dramatic rises in fortune.

Japan to Get Surveillance Drones Provided by Northrop Grumman