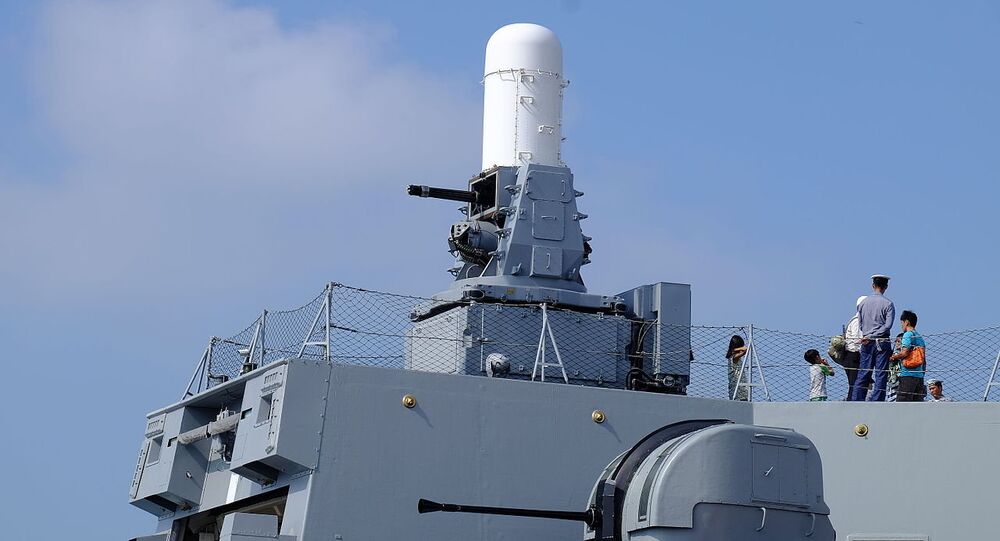 The requirement is for 61 close-in weapons system (CIWS) with four 3.5 kilometer guns capable of firing 200 rounds of ammunition per minute. The proposed system is basically an integrated system with radars, unmanned aerial vehicles (UAVs), sensors and target lights.

"The tender which has been issued to domestic firms like Bharat Electronics Ltd, Ordnance Factory Board, L&T, Tata Power SED, Punj Lloyd will cost more than $1.5 billion," an Indian defense ministry official said on condition of anonymity.

© AFP 2020 / JUNG YEON-JE
Indian Defense Sector Opens up to Private Players; Clears $2.8 Bln of Orders
The CIWS air defense system will replace the air force's existing Russian-origin systems including the L-70 and ZU-23-2B. The government is hopeful that the private vendors will be able to deliver the systems by the year 2025.

The shortlisted domestic manufacturers will have to locally manufacture the system in collaboration with a foreign original manufacturer and at least 50% of the components of the air defense gun system would need to be locally sourced as per the tender requirements, a defense source told Sputnik.

© AFP 2020 / Tauseef MUSTAFA
Indian Defense Firms Under Pressure to Develop New Age Technology for UAVs
The Defense Acquisition Council (DAC), the apex decision-making body of the Indian defense ministry for capital acquisitions, had approved the project for the Indian Air Force in March 2016. Simultaneously, the Indian Army had initiated a separate program to acquire CIWS worth $2.5 billion.

The Indian government had made an attempt in 2013 through a tender for air defense guns, ammunition, and technology transfer to build CIWS locally for the Indian Army but it failed to do so as original manufacturers from Russia, Poland, Israel and Britain deemed the qualitative requirements for the air defense guns "unreasonable" and "over-ambitious."