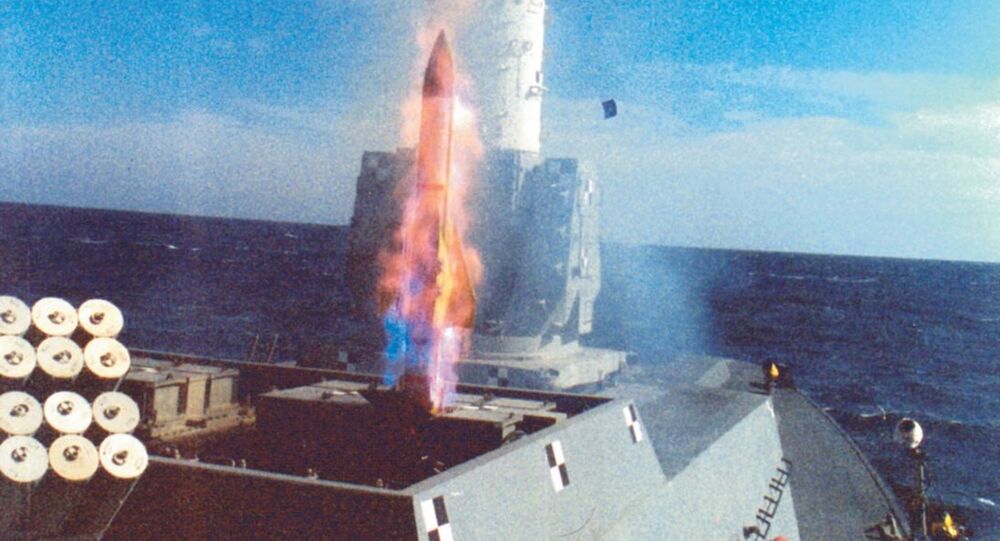 New Delhi (Sputnik) — India is purchasing a new set of Barak Missiles that will replace the aging missile defense systems fitted on naval vessels. The defense ministry on Tuesday gave the final go-ahead for the deal that has been long negotiated. The decision comes a fortnight before the visit of Israeli Prime Minister Benjamin Netanyahu to New Delhi.

"Indian defense minister Nirmala Sitharaman has cleared a proposal pertained to the procurement of 131 Barak Missiles and associated equipment, under option clause from M/s Rafael Advanced Defence Systems Ltd., Israel, at a cost of approximately $72 million," the defense ministry stated on Tuesday.

© Wikipedia
India Successfully Test-Fires Barak 8 Surface-to-Air Missile
These surface-to-air missiles are designed to be used as a ship-borne anti-missile defense system against anti-ship missiles. The Indian Navy is in dire need of such systems as the number of missiles possessed by it has dwindled to fewer than 150 in the last year. The urgency is evident from the fact that last year the Indian Navy announced a global tender for 10 short-range surface-to-air missile systems and 600 missiles at the cost of about $1.5 billion to replace the aging Israeli Barak-1 air defense systems. However, as the conclusion of the contract process was going to be a time-consuming process, the Indian Navy chose to go for the follow-on offering for Barak Missiles.

In April last year, another Israeli firm — Israeli Aerospace Industries bagged a deal worth $2 billion to supply the Indian army and navy with missile defense systems. Israel is one of the top three arms suppliers to India.