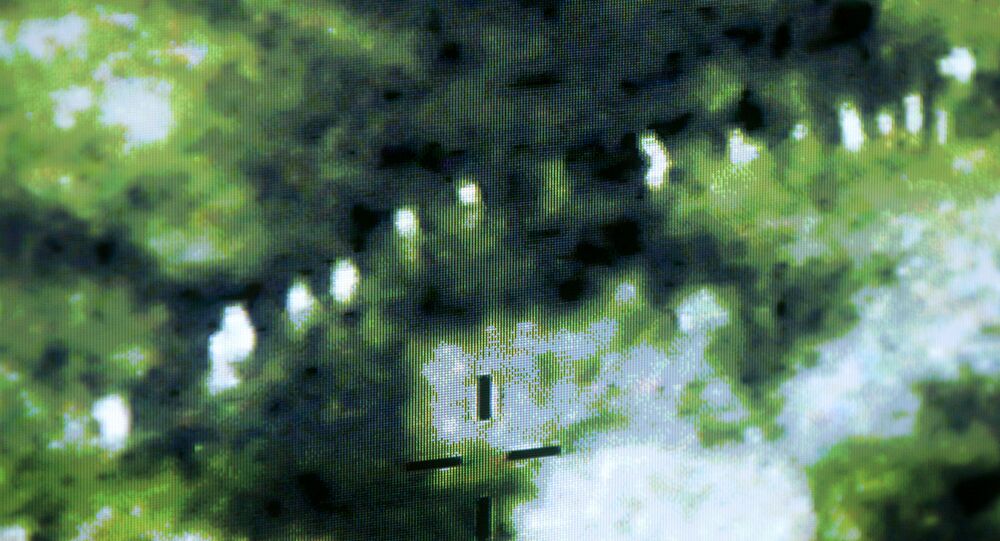 The Pentagon has deployed an AI-based system that uses a drone video feed to perform image recognition, identify objects and vehicles, and pinpoint them on a map – but still requires human help.

The new US Department of Defense (DoD) system, dubbed Project Maven, performed with 60-percent accuracy in the first few days after its deployment in an unrevealed region of the Middle East, but subsequent tweaks to the algorithms have raised system effectiveness to some 80 percent, Defense One reports.

© Flickr / US Air Force
Pentagon Working on AI to Predict Fighter Jet Malfunctions
The software analyzes video from small drones, identifying vehicles, people and other objects. Synchronizing with another Pentagon project called Minotaur, Maven obtains geolocation data for identified objects and pinpoints them on the map — something the US military has previously had to do manually.

Maven cannot, however, function with any success rate without the assistance of a human operator, who is responsible for correcting the machine if it identifies something in a wrong way or fails the identification process completely.

"What we're setting the stage for is a future of human-machine teaming," said Air Force Lt. Gen. John Shanahan, director for defense intelligence for warfighter support, who oversees the project.

"This is not machines taking over," he added hastily, cited by Defense One.

One of the main reasons why humans are still needed is because the system regularly fails to recognize objects in unknown environments.

"Once you deploy it to a real location, it's flying against a different environment than it was trained on," Shanahan said.

"Say that there's more scrub brush or there's fewer buildings or there's animals running around that we hadn't seen in certain videos," the warfighter professional said, adding, "That is why it's so important in the first five days of a real-world deployment to optimize or refine the algorithm."

An advantage that Maven boasts of is its ability to update algorithms on the fly. Programmers can tweak the software code, uploading modifications to deployed drones en route — similar to a smartphone app update.

After trials, the team — which consists of just 12 coders — will expand Maven's use in the field and deploy it in larger drones, including the Reaper and the Predator, before eventually shifting to what is they call the ‘Gorgon Stare" — a system of cameras that can simultaneously surveil entire towns.

What makes the development of this military technology unique is that the DoD turned to the commercial sector for research, particularly as agency throughput is known to be decades-slow and riddled with layers of funding and procurement bureaucracy.

"We are not trying to do something over in the department that is already being done incredibly successfully in the commercial world," Shanahan said.

This program is another in an increasing series of AI-based systems recently announced by the DoD. Earlier, Sputnik reported that the Pentagon seeks to implement an AI-based tech that could predict failure in jet fighter engines and other systems, similar to contemporary commercial systems.