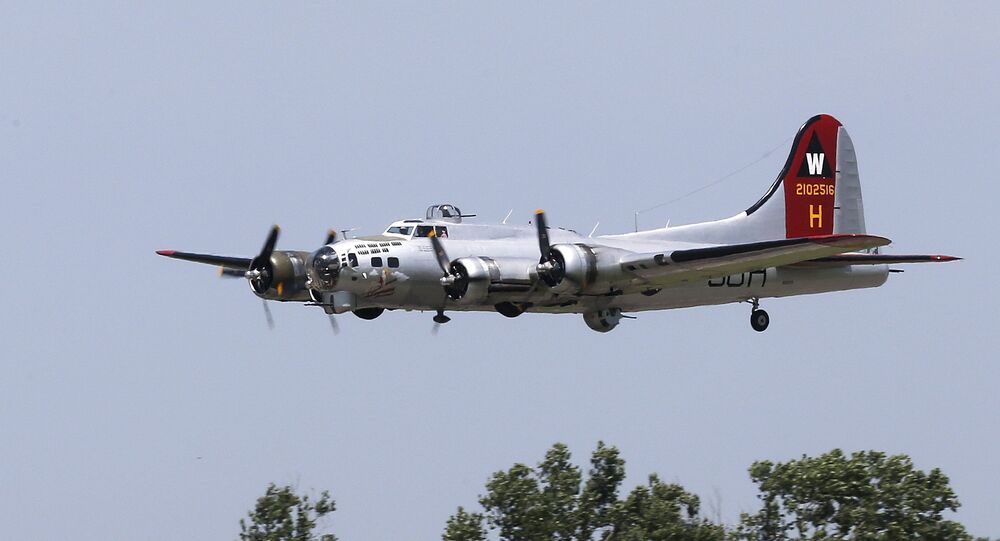 Although it disappeared nearly 75 years ago, a missing bomber from World War II is once again on people’s minds.

Douglas Walker, 84, of New Canaan, Connecticut, lost his father, Brigadier General Kenneth N. Walker, on January 5, 1943, when his B-17 Flying Fortress bomber "San Antonio Rose" plummeted from the sky above the island of New Britain in the Pacific Ocean off the north coast of Papua New Guinea.

Gen. Walker's B-17 was last seen by one of the other bombers in its squadron, cruising at 5,000 feet, its left outboard engine on fire, "closely pursued by four to five Zeros," according to the website Pacific Wrecks.

Gen. Walker was posthumously awarded the Congressional Medal of Honor for personal bravery, a quality he was known for as one of the few American commanders to accompany his bomber crews into battle. Ten other men died alongside the general. Although a search was mounted for the plane and its crew, nothing was found and the men were declared dead in December 1945.

Walker has renewed the push to find his father's wrecked plane and solve the mystery of the fate of the San Antonio Rose. Subsequent searches mostly focused on the waters surrounding New Britain, but new evidence uncovered by World War II experts suggests that the bomber's remains might be found in the island's mountainous interior, according to the Chicago Tribune.

"The cause is to bring back everybody," Walker told AP Thursday. "While my father's career helps heighten the profile of this case, he's no more important than anybody else on that plane."

The previous day, the US Senate passed a resolution recognizing the lost crew and encouraging the continued efforts to recover their remains. Connecticut Senator Richard Blumenthal urged the Defense Department to recommit to a search and recovery mission, according to The Japan Times.

"We must honor their memory through continuing this search to fulfill our nation's promise to finally bring these heroes home," Blumenthal said in a statement.

Gen. Walker participated in the Air War Plans Division, a special task force created by US President Franklin Delano Roosevelt in the months before America was drawn into the war to create a basic battle plan for the eventuality of conflict with Japan. The AWPD's recommendation of a strategic and precision bombing campaign by heavy bombers, like the B-17 he died in, proved decisive in winning the war for the United States.

Walker is the highest-ranking Medal of Honor recipient still listed as Missing In Action (MIA), according to the Chicago Tribune.

Two-Year Search Results in the Recovery of Lost WWII Plane