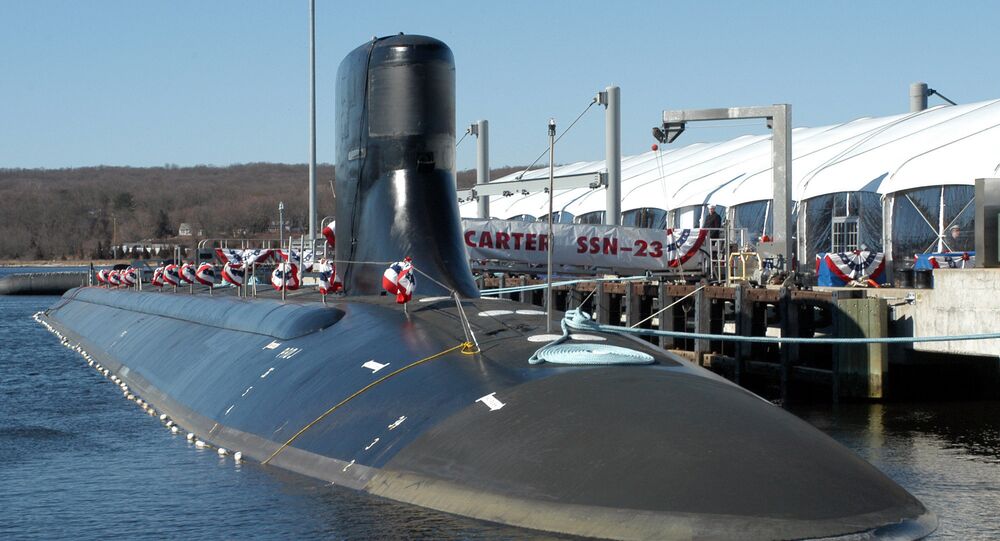 Critical components of the Columbia class next-generation strategic ballistic missile submarine may not work as expected, be delayed or cost more than planned, the General Accounting Office (GAO) said in a report.

WASHINGTON (Sputnik) — The GAO warned that if any one of the Columbia-class technology components experiences significant problems, the scheduled deployment of the submarines in 2031 could be delayed.

"It is unknown at this point whether several Columbia class submarine technologies that are critical to performance — including the integrated power system, nuclear reactor, common missile compartment, propulsor and related coordinated stern technologies — will work as expected, be delayed or cost more than planned," the report said on Thursday.

In the report, GAO chastised the US Navy for underrepresenting the program’s technology risks in its 2015 Technology Readiness Assessment when it did not identify the technologies as "critical."

The GAO said in its report that it was set to recommend that the Navy provide Congress with additional information on technological risks in the Columbia-class submarine program "but removed it because of recent legislation that implements this requirement."

The Navy has planned for the purchase of 12 Columbia-class nuclear-powered ballistic missile submarines, according to the report. They will replace the older 14 Ohio-class submarines once they begin to be removed from service in 2027.