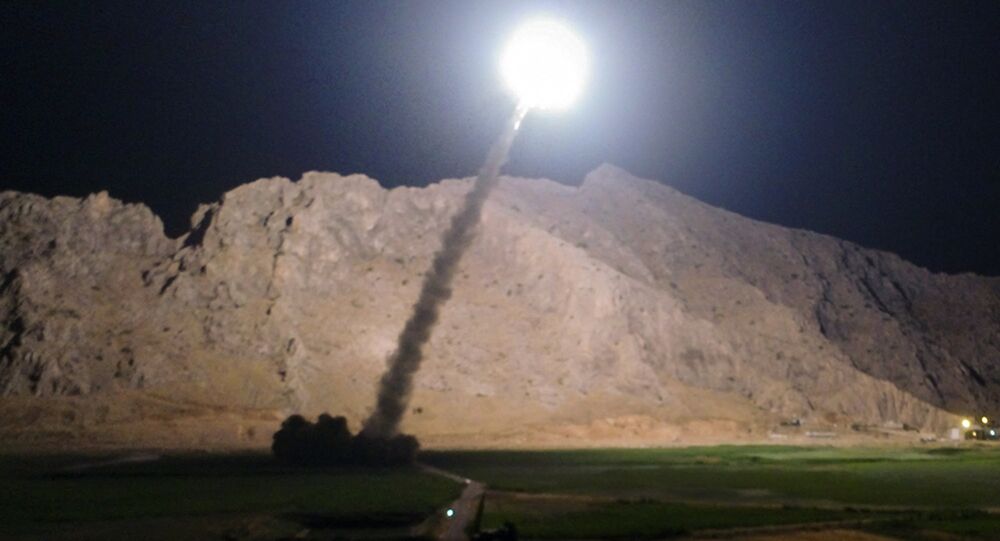 The Iranian military has displayed its Zolfaghar missile, a new variant that marks a major development in the country’s missile technology.

The Zolfaghar, literally "spine-cleaver," is a short-range, solid-fuel ballistic missile belonging to the Fateh-110 family that was put on display December 16 at the Amirkabir University of Technology in Iran, according to the Fars News Agency. The missile's name is sometimes spelled Zulfiqar.

The missile is reported to have a range of more than 700 kilometers, according to IHS Jane's, and to be accurate within 50 to 70 meters of its intended strike location, according to the Iranian news outlet. Previous generations of Fateh missiles have only traveled 500 kilometers.

​Tasnim, another Iranian news source, said in June that the Iranian Revolutionary Guard Corps had fired a volley of Zolfaghar missiles at Daesh positions in Deir Ez-Zor, Syria. Iranian media showed videos of the missiles launching as well as aerial footage of the projectiles striking targets. The aerial view was reported to have been collected by IRGC drones operating out of Damascus.

According to the Center for Strategic and International Studies' Missile Defense Project, the Zolfaghar packs a highly explosive warhead as well as submunitions that separate from the missile prior to impact. Cluster munitions also make use of submunitions.