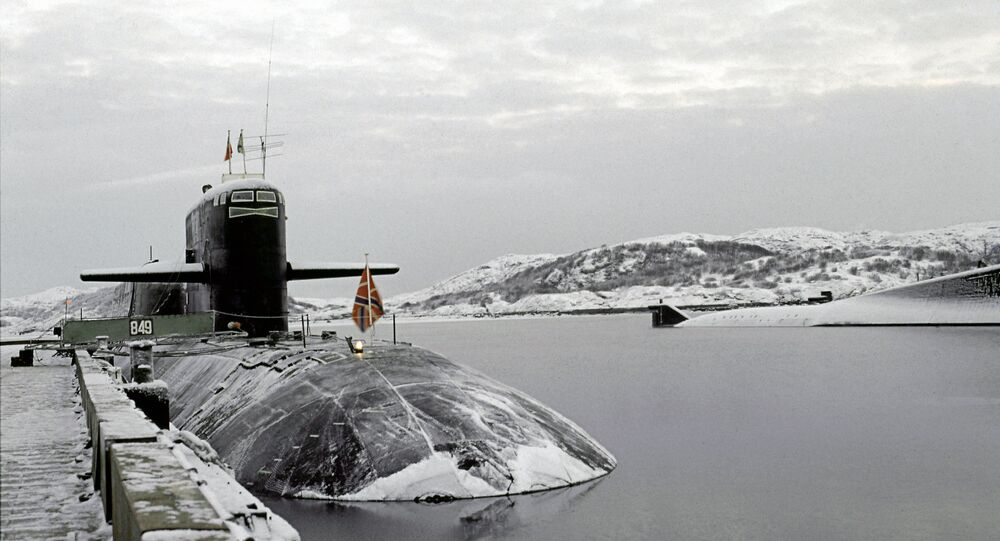 Russia to Equip Husky-Class Sub With Robotics Capable of Operating in Air, Water

"I can say that there will be robotics on Husky, which will work in two environments. The development is already underway, now that the forms are laid out, they will be specified," Vlasov said.

He added that the Husky-class submarine, developed as a successor to the Russian Yasen-class submarine, would be equipped with robotic systems to be used for carrying out tasks for military and civilian purposes.

The construction of Husky-class multi-purpose nuclear submarines is expected to begin in 2023-2024, Deputy Navy Commander Vice Adm. Viktor Bursuk told Sputnik at the end of July, adding that the vessel might also be equipped with 3M22 Zircon hypersonic anti-ship missile.

READ MORE: This is When Construction of Russian 5th-Gen Nuclear Sub is Expected to Start

Russia's defense policy is aimed at enhancing its military capabilities under the 2018-2025 State Armaments Program, adopted in 2015 and defining massive military hardware upgrades, with the plan of 70-percent rearmament by 2020.

READ MORE: Race for Hypersonic Superiority: Russia Over Half-a-Decade Ahead of the US