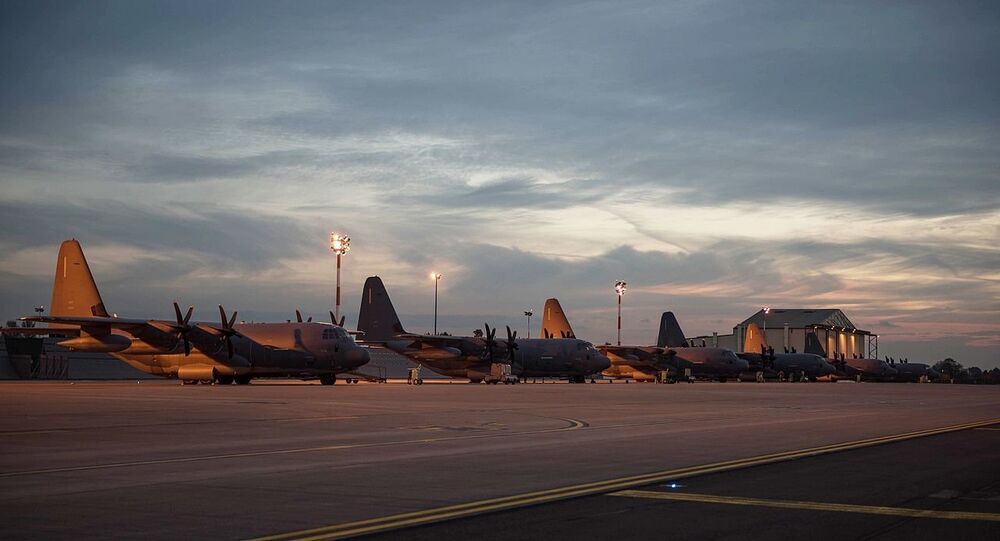 The US military has commented on the attack at the country's RAF Mildenhall airbase in the UK's Suffolk, saying that emergency services had been deployed to the site.

A car tried to ram into the US Mildenhall airbase in the UK's Suffolk, the Reuters news agency reported, citing police sources.

According to police, "shots were fired by American service personnel and a man has been detained with cuts and bruises and taken into custody," while "no other people have been injured as a result of the incident."

The lockdown, put on the base earlier, has been lifted.

"They just released us from lockdown," a spokesman for the Mildenhall base, in Suffolk, said, as quoted by the agency.

Police are responding to reports of a significant incident at RAF Mildenhall, further details shortly, follow us for any updates.

The US military has commented on the issue, saying that the base had been locked down since 13:00 GMT "following reports of a disturbance" and emergency services deployed to the site.

The US Airforce RAF Mildenhall military base operates as a USAF transport hub, stationing KC-135 tanker fleet and special operations forces, with about 3,200 military employees and 400-500 local civil personnel.