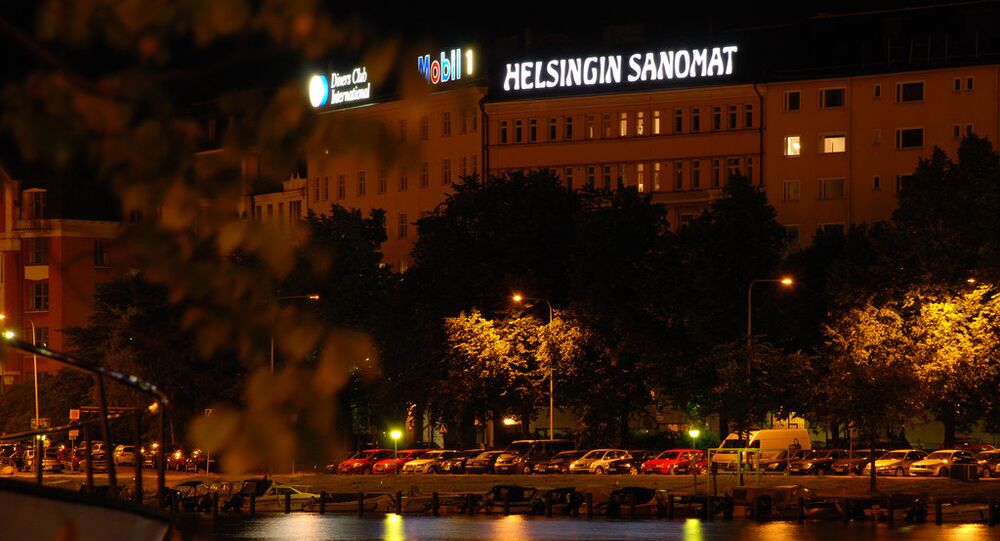 The Finnish Defense Forces have filed a criminal complaint regarding the disclosure of state secrets, following publication by the country's most-read daily Helsingin Sanomat about a top secret intelligence research center, which allegedly carried out spying against Russia.

The Helsingin Sanomat daily on Saturday ran a feature story on the enigmatic Defense Forces' Intelligence Research Center (Viestikoekeskus), whose mission and methods have been shrouded in mystery.

Citing information from decade-old classified documents, the daily revealed among other things that the Tikkakoski-based center was tracking the movements of Russian troops, particularly in the nearby Leningrad Region, registering the electromagnetic radiation of Russia's military equipment. The center was also purported to be monitoring Russia's Nord Stream trans-Baltic pipeline. In addition the center could begin monitoring cross-border Internet traffic should the Finnish parliament green-light the expansion of intelligence functions, the daily reported.

"The disclosure of highly classified security intelligence documents is a critical affront to our security and can cause serious damage," Niinistö's statement read.

Defense Minister Jussi Niinistö concurred that the newspaper published highly classified documents, which could potentially impact both national security and Finland's relations with other countries. At the same time, a request for a criminal investigation of the leak was filed with the National Bureau of Investigation to determine if a felony had been committed.

"The most important task of the media is to monitor and control the activities of the authorities. HS is responsible for supplying its readers with sufficient truthful information about what is happening in society," Mäkinen wrote in an opinion piece in defense of the newpaper's actions, arguing that even MPs, let alone ordinary Finns know very little of the center.

However, the Finnish police went on to search the house of Helsingin Sanomat journalist Laura Halminen who co-authored the divisive piece. During the search that lasted four hours, Halminen's phone, computer, tablet and electronic media were seized, something the police attributed to the alleged disclosure of classified information. According to Halminen, though, there was no court warrant for the search. Earlier in the day, Halminen, by her own admission had destroyed the hardware of her computer with an ax to protect her source, Helsingin Sanomat wrote.

Arno Ahosniemi, the editor-in-chief of the Kauppalehti business daily and the chairman of Finland's Association of Editors-in-Chief argued that both the search and the investigation were highly unusual.

"I don't remember cases of this kind in Finland before," Ahosniemi said, adding that he failed to see how exactly the nation's security was endangered by the Helsingin Sanomat article.

"We always say that we are ready to build good-neighborly relations. We did not expect something like this from our colleagues in Finland, if this information is confirmed," first deputy chairman Andrei Krasov told the Gazeta.ru media outlet, calling the intelligence-gathering center's mission a "rather unexpected move."