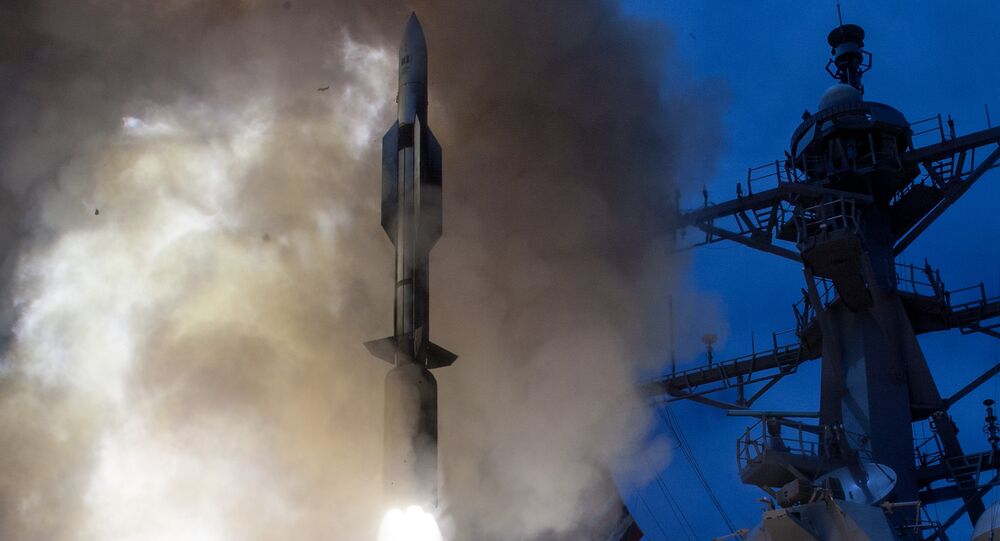 The Integrated Air and Missile Defense system that uses data obtained by the US military may violate the country's Article 9 of the constitution.

The Japanese authorities are mulling over the introduction of the so-called Integrated Air and Missile Defense (IAMD) system that is capable of intercepting not only ballistic missiles but cruise missiles as well, Asahi newspaper reported on Sunday.

According to the newspaper, unlike ballistic missiles, cruise missiles pose a larger threat as they can fly at a very high speed and close to the ground, thus making it difficult for radars to detect.

The government reportedly plans to introduce the system, insisting that the nation should be protected in view of the North Korean threat.

However, some government officials have reportedly expressed doubts about the efficiency of the IAMD.

First of all, as the system implies using data obtained by US early-warning aircraft, joining the IAMD could breach Article 9 of Japan's Constitution that forbids the nation's use of force in a manner integrated with other countries.

Secondly, officials are concerned over the effectiveness of the system as cruise missiles become more sophisticated, while the price of joining the IAMD can become a stumbling block in the government's attempts to reinforce the country's missile defense capabilities.

The pacifist 1947 constitution was written at a time when Japan was utterly ravaged following World War II, with Americans pressuring the feeble post-war government into the strict restrictions on Japanese use of military force.

At the same time, Japan has the eighth-highest military budget in the world to date, with almost 250,000 personnel and a robust and sophisticated navy.